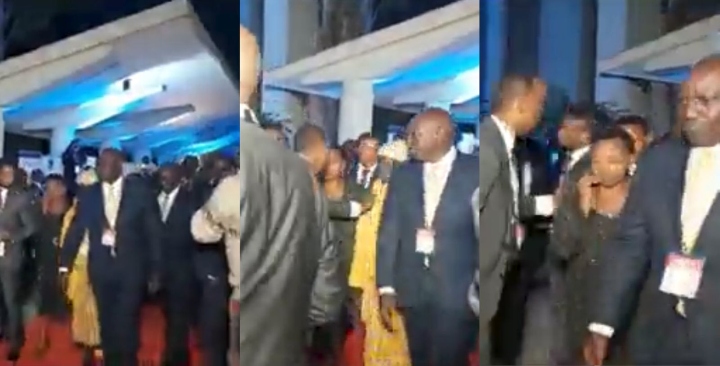 A video of Deputy President William Ruto’s Head of Communications, Hussein Mohamed seemingly pushing an elderly woman who was in the company of the DP has sparked mixed reactions.

For the presidential debate at the Catholic University of Eastern Africa, the DP was accompanied by among others the mama mboga identified as Pauline Waithera.

However, while the DP was making his way out of the debate venue, Hussein was spotted seemingly pushing Waithera who was walking beside Ruto.

The woman was pushed back for Mama Rachel Ruto to walk beside the DP as they walked towards the exit of the venue.

In the video below, Deputy President William Ruto’s Head of Communications, Hussein Mohamed is seen ‘pushing’ back an elderly woman.

The woman, Pauline Waithera, was among hustlers who accompanied the DP for the presidential debate.pic.twitter.com/Jj7cNR5mhb

Below is what Kenyans had to say about the video.

Kinyua Kamau: That she’s a mama mboga doesn’t mean that she replaces mama Rachael in the protocol. I thought this was common sense.

Frank Odiwuor: I weep seeing this, one day the true hustlers will find their rightful value in this country.

Mwangi: I understand our political divides but we as kenyans really need to evaluate our thinking. We get too emotional over silly and very irrelevant issues. Does it need rocket science to understand why she was stopped? Unless the mama mboga is the new D.Ps wife.

Oyuga Ojuok: The campaign has been telling us how Mama Mboga will sit at the table and make decisions about her life. Now we know. On the contrary imagine if she was truly allowed front seat. How powerful a message it would have been. But alas, ata kuwa nyuma full time.

Robert: This hurts to see, it’s like being reminded by your foster parents that you’re an orphan.

Osuke: There is a man who once said politics is not a game but serious business somehow I wonder how a woman can comment positively on this even if u are on this man’s side or not I am not a fan of politics but this is not how to handle a mum. 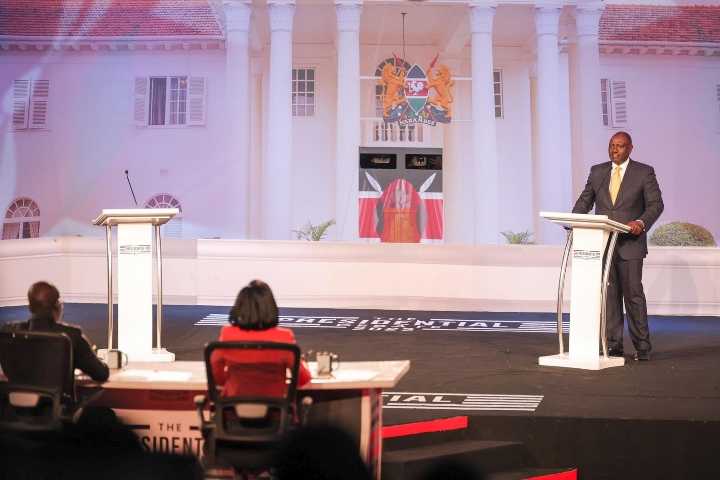