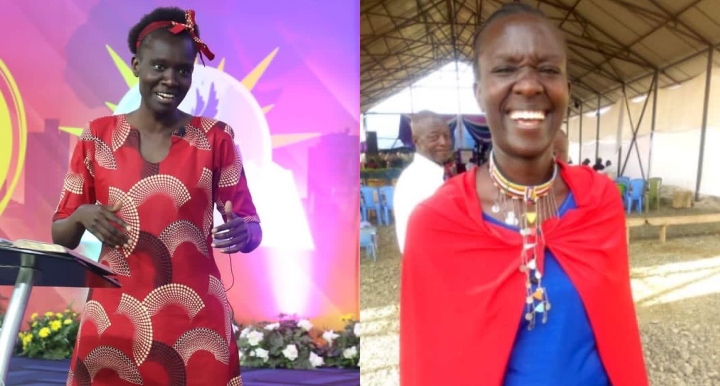 A Seventh Day Adventist (SDA) church clergy has warned women against marrying men who are younger than them.

In a viral video, Elizabeth Mokoro maintained that age is not just a number as widely believed, insisting that marriages where women are older than men are bound to fail.

She explained that a woman was made out of a man’s rib and so a man should come first in any type of union.

Mokoro explained that anyone who goes against the analogy is trying to reverse the original order and he will be shocked in the end.

“You came before the man. Your rib is elsewhere. God was not a fool. So if you know you are in this relationship where you are older than the boy quit as soon as yesterday. It won’t work,” she said.

The video sparked reactions from netizens who took issue with the clergy over her sentiments.

Nelson Kaburia: Well, there are several relationships that collapsed when the female was younger! Still, God wasn’t foolish! It’s our daily choices that are the determinant of success!

Tukia Makokha: You are entitled to your opinion pastor. Gone are the days when congregants took pastors words as gospel truth unless it’s written in the Bible or another holy book.

Diana Rose: So what happens when your husband dies? Do we give God time to make another rib quickly or you stay single because your supposed rib is gone? Hutu tupastor twa SDA!

Mwari Wa Muthoni: Please take your primitive views elsewhere, I know of marriages that have lasted where the man was even 10 years younger.

As earlier reported on GOTTA.news, Tanzanian preacher Daniel Mgogo hit out at successful women claiming that they ruin marriages with pride.

Mgogo said when women make it in life, most of them become uncontrollable and engage in sins which look very bad on women.

“When women become successful, they are unable to control themselves. They easily forget where they came from,” he added.

READ ALSO: Pastor, Wife Arrested After Living with Dead Mother for Over Month

Mgogo said men cannot admit to the fact but those living with successful women fo through a hard time.