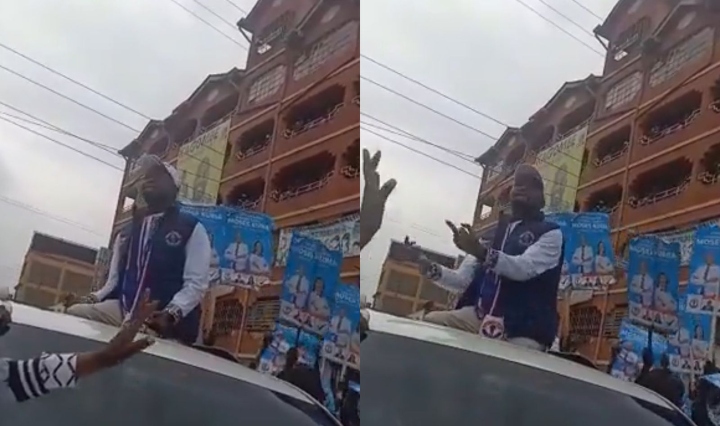 A video of Gatundu South MP Moses Kuria showing the middle finger to electorates during his campaigns has emerged online sparking mixed reactions.

Kuria who is contesting for the Kiambu County gubernatorial seat brushed shoulders with locals in Kirinyaga County while campaigning for Deputy President William Ruto.

The MP lost his cool with a section of the crowd and he was seen showing the middle finger to the crowd which was jeering him.

Kuria also moved his finger around his neck which is interpreted that he would slit their necks.

The video sparked mixed reactions from netizens who slammed the MP over his gestures.

Dan Pheroz: Kuria knows he is going home, he has only been paid to make sure Kiambu votes are intact and hope to get a CS seat. That’s a reject for you. They all going home soon.

Maina Mwangi: Always hiding in God’s name, the true colours of Kenya kwanza is showing up now, God is with Kenyans.

Ken Kiragu: Reasons to fear characters in UDA like pandemic since they are worst than pandemic starting with their notorious thief.

Jambah wa Makutano: If these are the kind of leaders we are expecting to elect then even we electorates have a big problem than him.

Elsewhere, Kuria submitted his name to be considered for nomination to the Parliament post August 9 polls.

The controversial MP submitted his name alongside others of his Chama Cha Kazi (CCK) party which will see him serve either as a nominated member of the National Assembly or the Senate.

The move is in a bid to secure a soft landing for himself should he lose the quest to become Kiambu governor in the August 9 General Elections.

This is despite the law not allowing elective seat candidates to be in the list of potential nominees to Parliament or county assemblies. 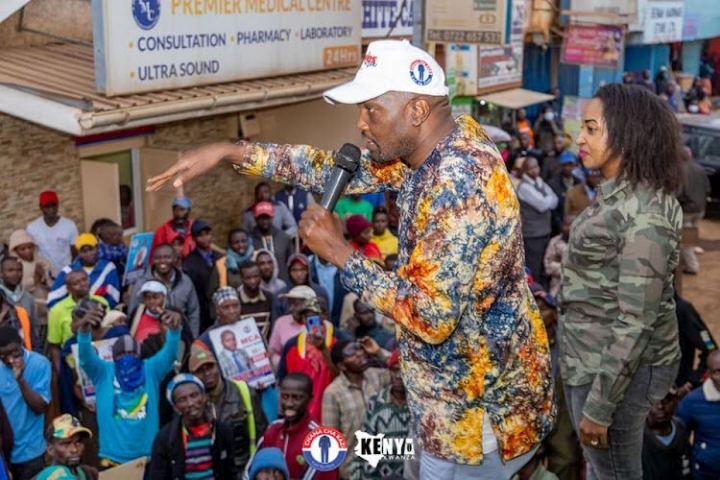