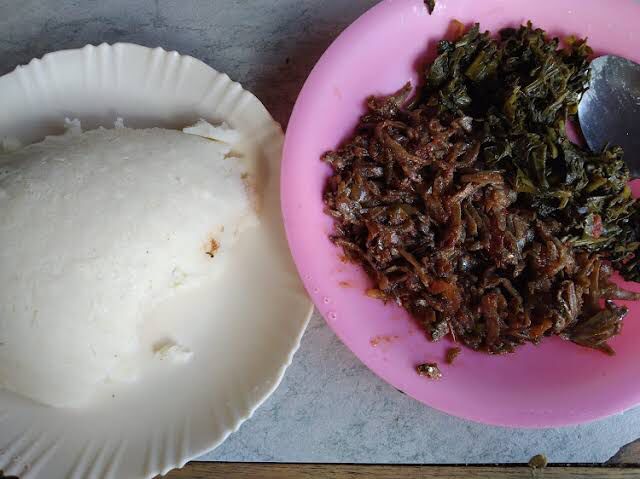 A man in Kakamega County has been arrested after killing his brother over Omen, a popular delicacy in the Western Region.

According to reports, the suspect identified as Albert Adamba hit his 56-year-old brother John Kilibwa to death after disagreeing over a portion of the meal.

According to their elder brother Vincent Misango, the two siblings engaged in a war of words before they got physical.

The deceased sustained serious injuries and he was rushed to Turbo Hospital where he was pronounced dead on arrival.

The incident happened at their mother’s house in Kambi Elijah village in Likuyani Constituency.

Confirming the incident, the area Assistant Chief Moses Wanjala said the suspect is being held at Likuyani Police Station pending his arraignment.

As earlier reported on GOTTA.news, police in Kakamega arrested a man who reportedly killed his wife after a disagreement over food.

Witnesses said the man, Joseph Shiro came home drunk and asked his wife Florence Makonjio to serve him a second round of Ugali.

According to reports the wife was irritated by the husband’s demands and ‘brushed’ him off.

The two got into a scuffle and after a short while the man picked a jembe and hit the wife on the head.

Their daughter said the father came home elevated even though he was drunk.

She added that he even danced for them some minutes before the quarrels begun.

READ ALSO: Nakuru: Husband Kills Man He Found in Bed With His Wife

This came as a shock to family of the slain saying that the two never showed signs of disagreements before.