Speaking during campaigns in Nakuru on Tuesday, July 19, the former Prime Minister said he intervened to have prices of the basic commodity reduced.

Raila said he reached out to President Uhuru Kenyatta and asked him to cut maize flour prices in a bid to cushion Kenyans from the tough economic times.

“I talked to Uhuru and told him to reduce the Unga prices and you saw on Monday he reduced the prices. From today Unga is KSh 100 and are you not happy?

“When I get into government we will reduce the high cost of living to alleviate suffering of Kenyans,” the ODM leader said.

Raila also denied claims made by Deputy President William Ruto that the move was a campaign strategy for Azimio.

“That Sugoi man (Ruto) is complaining that this is all political because he wants Kenyans to continue suffering and doesn’t want Kenyans to be cushioned. You people cried a lot and I told Uhuru my people are crying,” he added.

Ruto had wondered why the government let Kenyans suffer for too long before finally intervening and lower the cost of basic commodities.

“The government wants to reduce the price of unga because elections are nearing, the same government initially blamed the high prices on the Ukraine-Russia war and the war is still ongoing. Why did you leave Kenyans to suffer,” Ruto wondered. 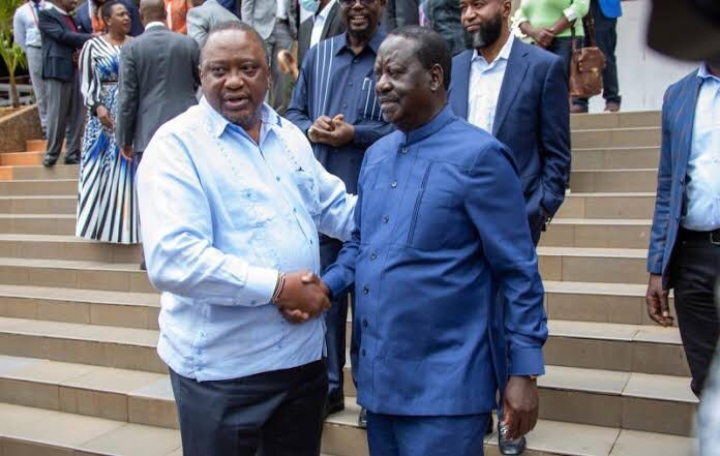 Following the new development, a 2 kilogram packet will go for KSh 200 starting next month.