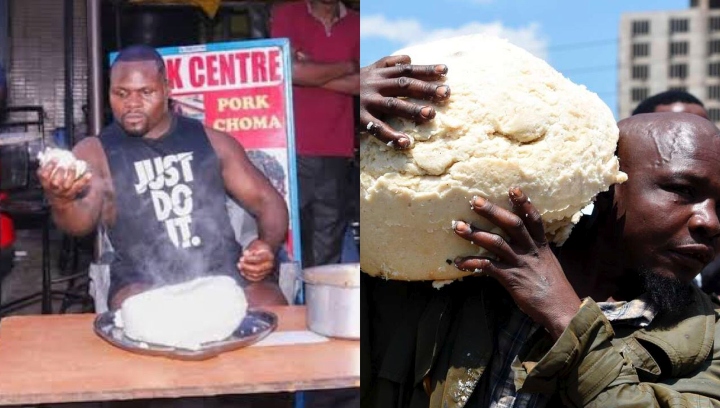 Fitness trainer Charles Odongo, alias Ugali Man is among thousands of Kenyans who have welcomed the moved by the government to lower maize flour prices.

Following the new development, a 2 kilogram packet will go for KSh 200 starting next month.

The move was celebrated by most Kenyans including Ugali Man who said he had been badly affected by the high cost of maize flour prices.

The fitness trainer said he was not able to eat Ugali frequently and he was forced to substitute the carbohydrate with other meals.

“It affected me because I could not buy enough maize flour for my household. We were just eating for the sake but I was not getting satisfied

“I also had to eat other meals such as rice before eating ugali to lower the rate of intake,” Ugali Man said. 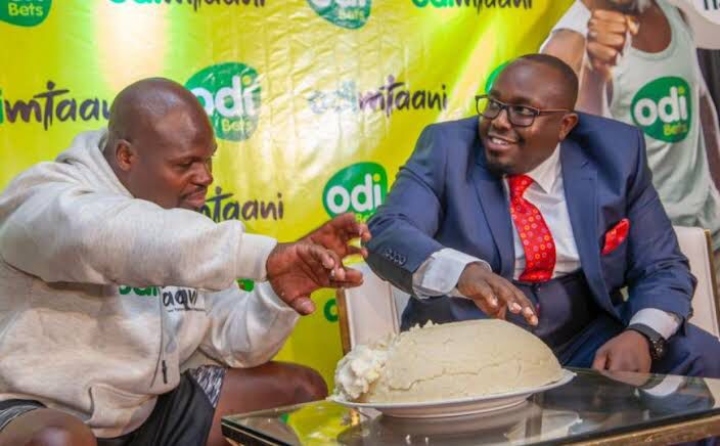 Ugali Man in a past event PHOTO/COURTESY

Ugali Man’s reaction was no less to that of other Kenyans who celebrated the move amid claims that the government lowered the prices due to the August 9 General Elections.

According to reactions on social media, most Kenyans believe the subsidy on the basic commodity is a campaign strategy ahead of the elections.

For instance, many wonder why the prices will be low for a specific period and not forever; or after the elections.

Here is what Kenyans had to say about the same.

Darius Kincaid: The move by the gvt to lower Unga food prices now so that Raila and Munya gains millage is just to hoodwink Kenyans after we’ve suffered for that long this is not the way collect votes from desperate Kenyans.

Ahmednassir Abdullahi: The decision by azimio Chairman H.E Uhu try, azimio Presidential candidate Hon Raila and azimio Secretary General Hon Junet to lower the price for Ugali from July 19th to August 10th is praiseworthy. For poor Kenyans even 21 days break from the callous policies of azimio is welcome.

Atieno Nyar Asego: All over sudden the War in Ukraine has ended, and now Unga prices will go down by over Ksh. 150. Lower Fuel and cooking oil prices as well. The war is no more. Mr. Makasiriko, we’re not fools. We will eat ugali and still vote for William Ruto.

Nelson Cheruiyot: But only for 4 weeks, why not forever. That’s political whoodwinks at play. Assmio looking for credit then after elections it goes back to KSh 215.