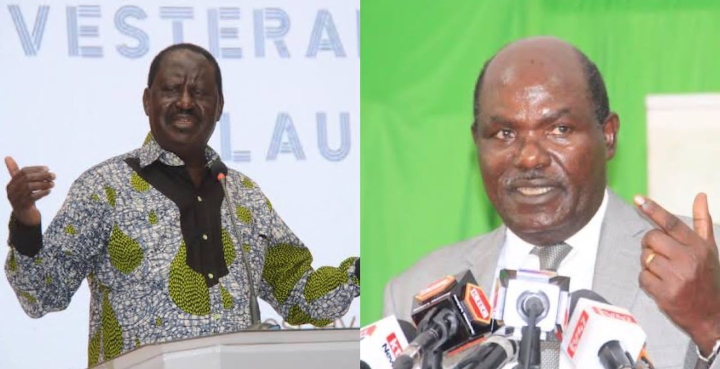 Azimio la Umoja One Kenya presidential candidate Raila Odinga has hinted at boycotting the August 9 General Elections if the IEBC fails to provide the manual and electronic voter register.

The ODM leader also explained how the manual and electronic voter register will play what he considered a vital role in the elections.

“With a manual register, it will be easy to tell how many people have voted in every polling station. In the electronic register, there is no record that remains,” Raila added.

Raila said some of his opponents had infiltrated ballot papers and they are working with ballot papers’ printers.

“They have sent someone to the country where ballot papers are being printed to go and print extra papers and sneak them for the purpose of stealing the election. They plan to target 10,000 polling stations and use these extra printed ballot papers to top their votes

“That is why Wafula Chebukati is reluctant to ensure we have a manual register alongside electronic one. The manual register is a must in every polling station. There is no negotiation about this,” the ODM leader stated. 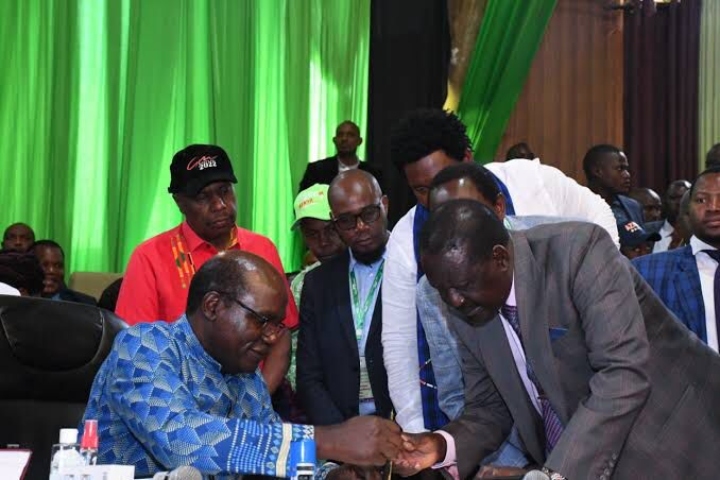 At the same time, Suna East MP Junet Mohammed claimed that there was a meeting between IEBC chairman Wafula Chebukati and Bungoma senator Moses Wetang’ula to discuss the ballot paper tender.

“We know that you held meetings severally in Karen with the IEBC chairman Wafula Chebukati. You can go to court if you want. We know every detail of those meetings,” the MP claimed.

He said officials from the ballot paper printing firm flew into the country disguised as potential investors in Bungoma County.

“When IEBC announced ballot papers tender you sent someone called Makokha Abdalla to Greece and you invited those guys from Greece to Kenya pretending to be people wanting to invest in Bungoma. They had come for a deal with you,” Junet added.

However, Wetang’ula has since dismissed the same as false and malicious, denying knowledge of any official from the ballot printing firm.

“I know nothing about ballot printing or any printing business for that matter!! I have no relationship of any kind with the person named in the story Joshua Abdalla Makokha,” he said in a statement.