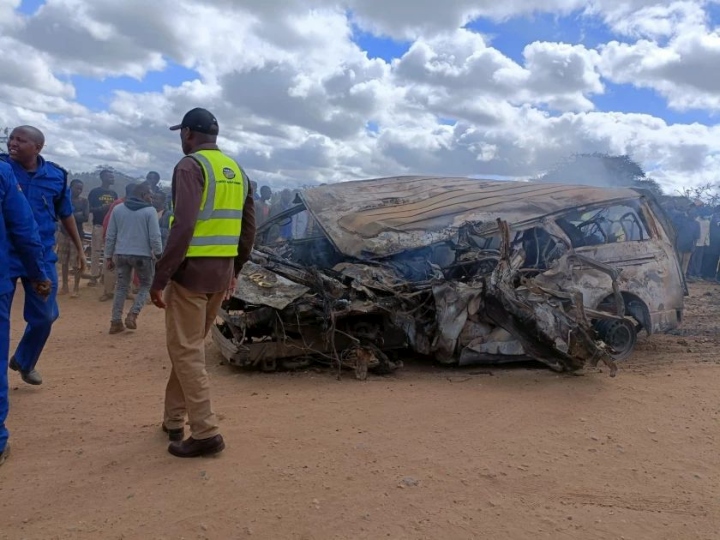 Six people have died after a matatu that they were traveling in exploded following an accident at Kwa Majini bridge along the Thika-Garissa Highway.

According to reports, the matatu collided with a car on the busy highway moments before the PSV burst into flames.

It is reported that a gas cylinder that was in the matatu went off following the collusion causing the fire.

Eight people who were injured in the crash were rushed to Matuu Level 4 Hospital with serious burn injuries.

The deceased were burnt beyond recognition. 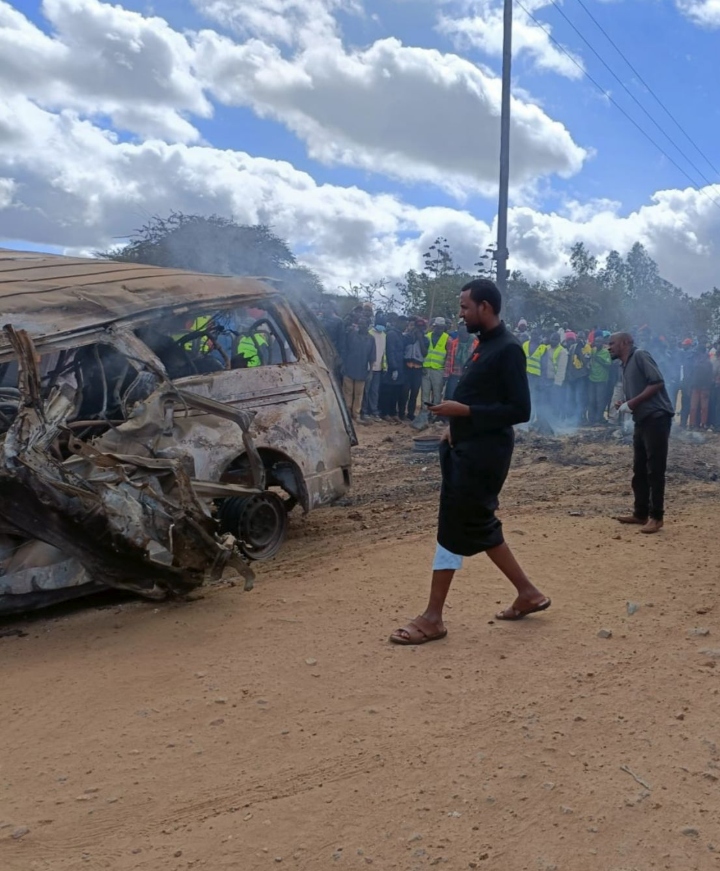 Elsewhere, a family in Kisumu was thrown into mourning following the death of their loved one in a grisly road accident.

The deceased man, identified as Ochieng Jakablack died after crashing while driving along State House road on Saturday, June 18

Unfortunately, Jakablack died before moving into his house which he had just finished completed constructing it.

On June 10, the deceased took to his Facebook page where he shared photos of his palatial mansion to celebrate the milestone.

Sharing photos of the house, Jakablack captioned it;

“Every beetle is a gazelle in the eyes of its mother.”

Jakablack had mourned the death of his sister who was said to have just collapsed and died.

“You left me far too soon. I will never regret the great times we had while growing up. You were and always will be, a ray of sunshine on an otherwise cloudy day