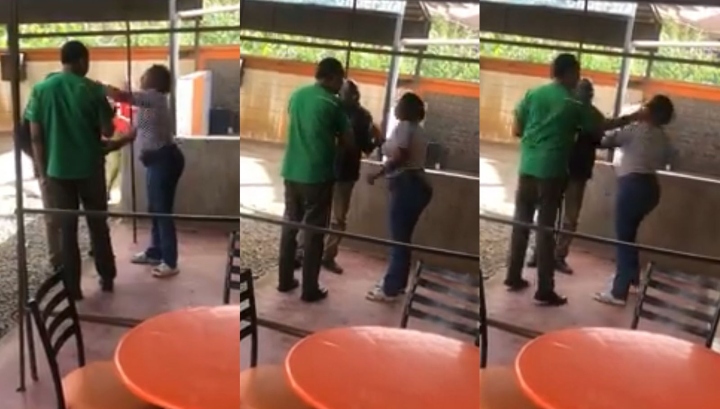 Former Housing Principal Secretary Irungu Nyakera has been put on the spot for allegedly physically assaulting his sister.

According to a video widely shared on social media, the former PS could be seen engaging in a heated confrontation with a woman believed to be his sister, Wambui Njoki.

Nyakera and Njoki are seen shouting at each other as some people try to separate them while others watched from a distance.

It emerged, according to the video, that the to siblings found themselves in that position over the ownership of the land.

Njoki said everyone on the scene, including the ex-PS witnessed her building structures sitting on the disputed piece of land.

Nyakera then asks his sister whether she is the one who actually built the houses and further asking if the land belongs to her.

Njoki fires back accusing the ex-PS who is now contesting for the Murang’a gubernatorial seat of stealing the land from them.

As Njoki talked, a man is seen forcefully holding her hand prompting her to slap him but the PS slapped her sister back.

In an update on her Facebook page over the incident, Njoki noted that she had suffered in silence for a long time and it was time to open up.

“Today is a sad day for women of this country. I’ve been suffering in silence and out there I put on a brave face. I’ve been throwin out of my house with my child and to culminate it all, in broad day light my brother brought his bodyguard to my premise and together they beat me up!

“I’m not okay I might end my own life, this is too much,” she wrote on Facebook. 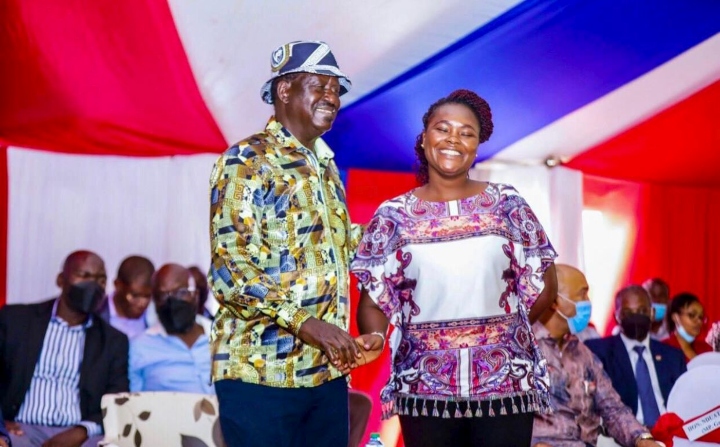