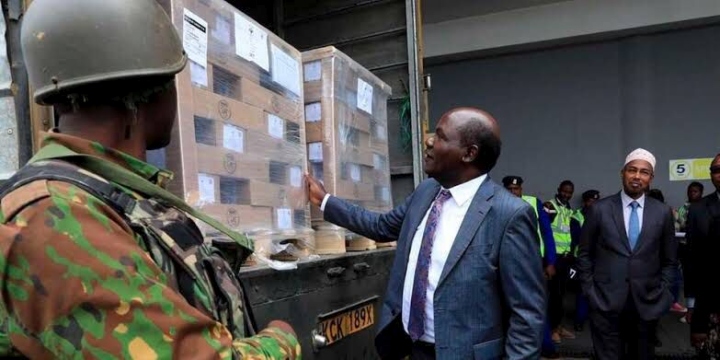 The Independent Electoral and Boundaries Commission Chairperson Wafula Chebukati has demanded the release of three people arrested with election stickers.

In a statement on Thursday, July 11, IEBC said three men identified as employees of Smartmatic International B.V. were arrested and detained at the Jomo Kenyatta International Airport (JKIA).

The three had just landed from Venezuela when they were taken into police custody.

Nation reported that at around 12 pm, a Venezuelan, Comarco Gregoria landed from London, and while being cleared, airport officials noticed items resembling IEBC stickers in his luggage.

Security officers were called in and the man taken to JKIA police station where 17 rolls of elections stickers for various constituencies were recovered.

IEBC officials were informed of the incident after which they made their way to the airport to explain if they were expecting election materials.

However, due to the dissatisfied answers the electoral commission was giving, the officer in charge informed the Directorate of Criminal Investigations (DCI) which dispatched its officers to the airport.

The Venezuelan and two others were then thrown into solitary confinement at the airport police station. 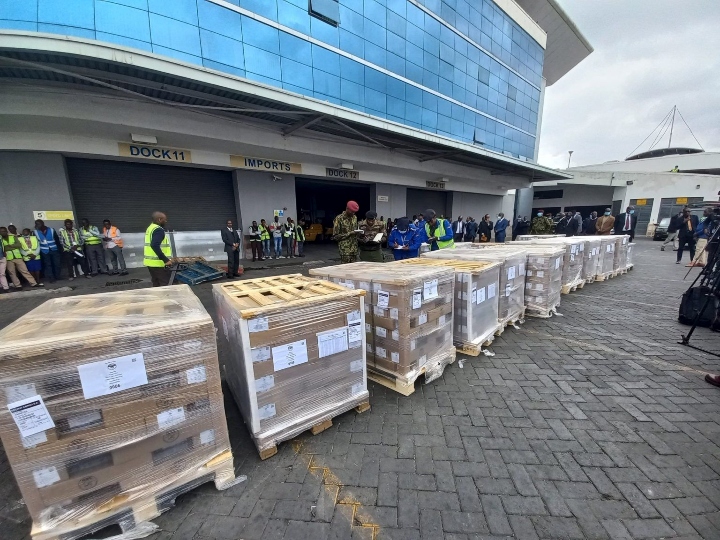 In a statement, Chebukati defended the three noting that their arrest is tantamount to intimidation ahead of the August 9 General Elections.

“The brazen decision of the security authorities to arrest, detain and confine in a solitary hideout the three personnel without justification, is an exhibition of intimidation on hardworking persons who are only keen to deliver a robust technology infrastructure for conduct of a credible, secure and verifiable election,” Chebukati said in a press release.

The IEBC chair demanded immediate release of the three arguing that they are key personnel responsible for deployment and management of election technology infrastructure.

He said their release would enable the commission to continue with preparations ahead of the polls.

“The Commission has a valid legal contract executed between itself and Smartmatic International B.V. for the supply, delivery, installation, testing, commissioning, support and maintenance of the Kenya Integrated Election Management System

“The Commission is concerned about this unjustified intimidation, harassment and blackmail whatsoever and demands the immediate release of the three employees of SmartmaticInternational B.V,” Chebukati said.