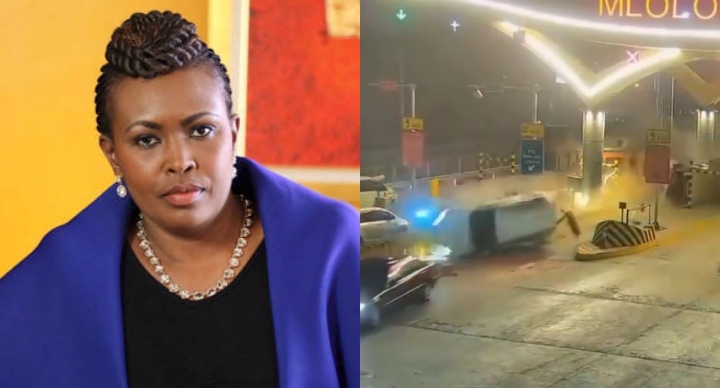 Media personality Caroline Mutoko has sparked outrage on social media after questioning why matatus were allowed to use the Nairobi Expressway.

The former Kiss FM presenter was reacting to the accident that happened on the newly-constructed highway when she made the reckless statement.

The accident on the expressway’s Mlolongo Station involved a matatu belonging to the Embassava Sacco and a white Land Cruiser TX.

“Wait we now have Matatus on the expressway? Courting trouble,” Mutoko replied to a tweet by a local news company.

Wait ✋️we now have Matatus on the expressway? Courting trouble….

The video sparked reactions from netizens who callsd out Mutoko over the statement.

@edy_naeku: Why should there be discrimination of who has to use the expressway, as long as you can pay? The real question should be,what caused that to happen? Accidents do happen whether you use a matatu or not! Just the other day there was an accident and it did not involve a matatu!

@AlinurMohamed_: It’s clear you don’t know 60% of people who live in Nairobi walk to work, 35% use public transport (matatus), and only 5% of them use cars and that the biggest share of cars on the roads are government-owned. So according to you only the 5% should use the Nairobi Expressway?

@_JeffKinyanjui: Was the road designed for the privileged few? This kind of thinking is exactly why the transport system is a mess in Kenya. We should be thinking of moving the masses effectively and securely not just those with private cars.

@privatefigure: The first accident on the expressway was caused by a drunk driver and you were quiet, 2nd one caused by a matatu which lost control and here you are calling for them to be banned from using the road. You’d rather share the road with drunk drivers than with the common Kenyan.

As earlier reported on GOTTA.news, the CCTV footage of the latest accident on the expressway the bus which had over 20 passengers onboard crash into the toll station and hit the white SUV at around 7 pm.

After being hit, the driver of the Prado TX lost control and hit the culvert before the vehicle overturned.

The bus also overturned after hitting the vehicle.

In a statement, Moja Expressway which manages and maintains the expressway said the bus swerved several times while approaching the toll station.

Following the accident, one toll attendant was injured while at least 22 out of 33 passengers aboard the minibus sustained injuries.

The occupant of the car who is said to be a Nairobi-based police officer escaped unhurt.

“We regrettably have one injured toll attendant who is receiving treatment while 22 out of the 33 passengers aboard the matatu sustained injuries,” the company said. 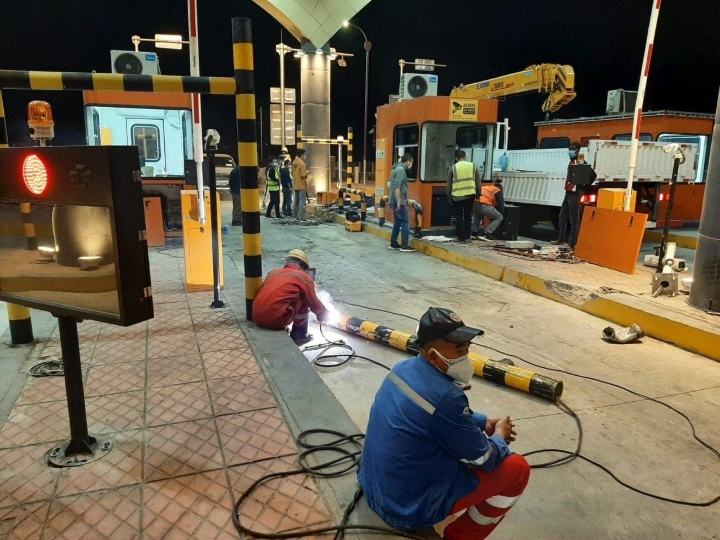