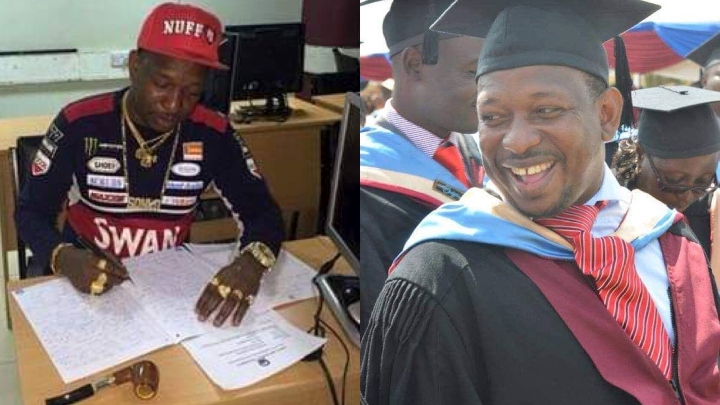 This comes at a time when politicians have been put on the spot over the authenticity of their academic credentials ahead of the August poll.

In an update on his social media pages, the former county boss share photos while studying in campus and his graduation ceremony.

One photo showed Sonko in what appeared to be a computer lab reading through a piece of paper.

Other photos showed him rocking a graduation gown for the ceremony which was graced by among others Deputy President William Ruto.

TBT…. Mnajua mimi sikosi evidence ya kitu yoyote…. Very soon I will invite you for my PHD graduation… pic.twitter.com/1LBcWPrrv2

The post sparked reactions from netizens as seen below.

Justus Kalungu: This graduates with no single classmate are surprising us. Sonko you should be conferred a PHD in Evangelist kindness and sharing.

Ochircago Valdez: Perhaps no one is disputing that you have a degree, yours is even worse, integrity issues. Your degree is not serving you, and lacking it is not serving Sakaja. You can transfer to him, maybe?

Michael Tharamba: l heard someone say your degree is not valid. But personally I know one of your lecturer who is my friend who told me you were a good student and you are very bright.

Danson: Kujipanga my Fren. People call Sakaja a Sonko who tucks in his shirt and I think its inaccurate. Sonko is Brilliant and street smart. The former cannot even hold a candle to the latter.