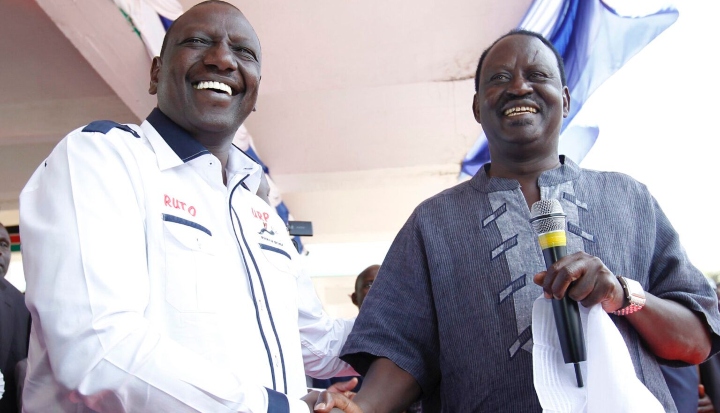 The two met during the Independent Electoral and Boundaries Commission (IEBC) meeting with presidential candidates ahead of the August 9 poll.

Raila who was accompanied by Azimio deputy president nominee Martha Karua were making their way out of the conference room when he bumped into Ruto.

Raila was leaving while the DP was stepping in for the meeting that kicked off at around 9 am; although he was also represented by Turkana governor Josephat Nanok and UDA Secretary-General Veronica Maina.

According to photos widely shared online, the two shaked each other’s hands as they crossed paths. 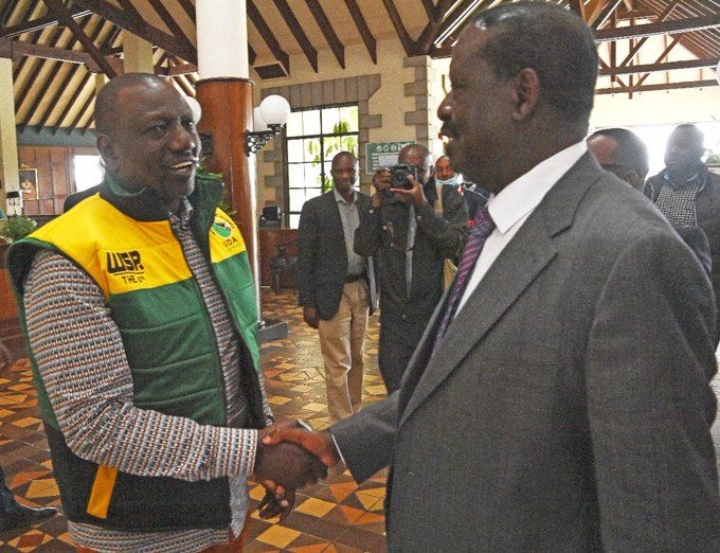 Karua and Raila left the meeting to attend to other matters after raising issues they wanted addressed by the IEBC chairman, Wafula Wanyonyi Chebukati.

“We want to seek leave to tend to other matters but we have a very robust team behind us. We apologise for leaving before the end of the meeting but duty calls,” Karua said before exiting the meeting hall.

Chebukati had invited all presidential candidates to a consultative meeting aimed at ironing out issues such as register of voters, election results path and harmonisation of their campaign schedules.

Key on the agenda is the transmission of election results and the use of manual voters register as a backup to the electronic one.

At the same time, Chebukati announced that IEBC has slated a national election conference for July 11-12 at the Jomo Kenyatta International Convention Centre (KICC). 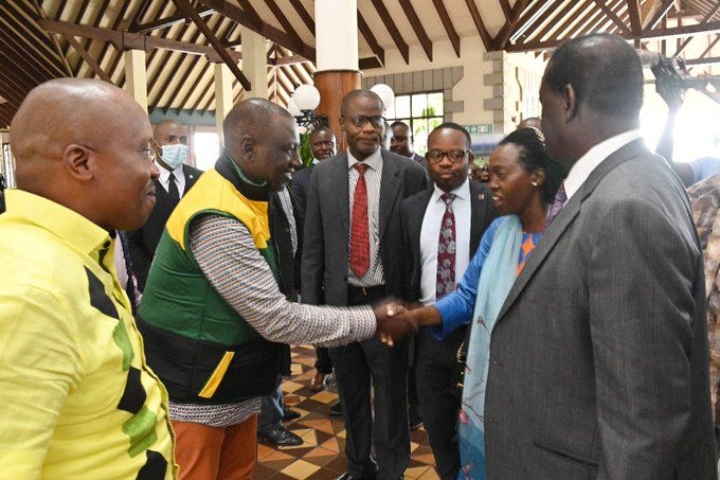