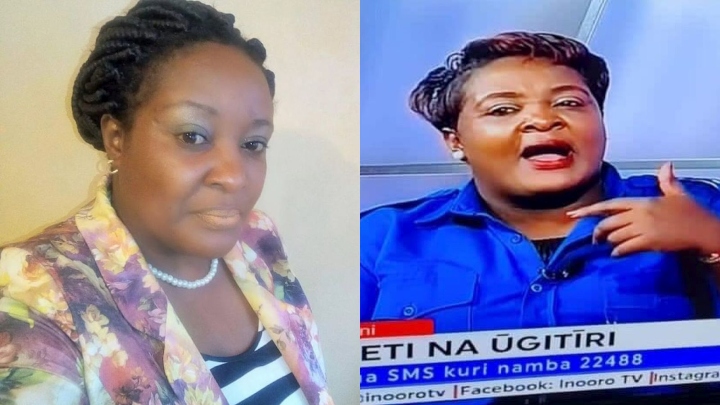 A police imposter was on Wednesday, June 29 arrested after appearing for an interview on Inooro TV.

In a statement on Facebook, the National Police Service (NPS) noted that they got wind of an ongoing interview on the TV station hosting an alleged female police officer.

At the time of her arrest, she had full police uniform.

“She is currently assisting with investigations for the offense of impersonating a police officer,” NPS said in their statement.

As a result, NPS has directed media houses to seek clearance from police authorities to interview police officers.

“To avoid similar incidences in the future, National Police Service wishes to advise all Media Houses to always liaise for clearance with the Office of the Police Spokesperson or respective regional or county commanders over all requests for interviews with police officers,” NPS added.

Doubting the credibility of the interviewee, pic.twitter.com/eoV7Dm0E6Q

Gitau is a former AP with 12-year experience in security management, having served in the National Police Service for seven years and as a senior security manager in one of the Public Universities.

In other news, NPS disowned a Nairobi Metropolitan Service (NMS) employee claiming to be a police inspector harassing revellers at a city entertainment joint.

“Any claim made by her being a police inspector is viewed as impersonation of a police officer,” Shioso said.

In the video, Sheila Chepkoech who appears totally drunk is seen harassing another reveller while threatening to arrest her.

After a brief altercation, the officer then snatches the reveller’s phone and demands to have her purse to check if it contained any drugs.

Chepkoech also engaged the person recording the incident saying he can go ahead and report her to the Directorate of Criminal Investigations (DCI) detectives or her bosses.