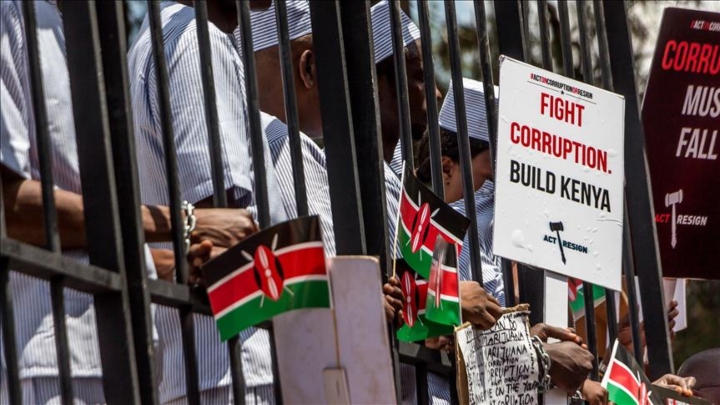 Editor’s Note: Dennis Macharia, a Mombasa resident and a social commentator uses a moving anecdote to explain why the next president must lead the war against corruption.

Agano Party presidential candidate David Mwaure and Roots Party George Wajackoyah have equally stressed the need to rid the country of the vice of corruption.

Well, let me narrate a story of a police officer who was based in Nyeri county and how his acts of valour and patriotism got him disgraced in his quest to stop the illegal ivory trade.

It was in the late-1970s and Corporal RM was the leader of a team manning a roadblock within Nyeri when he flagged down a lorry with a load covered with a huge canvas.

The curious cop went on to inspect the lorry from which he found tens of elephant tusks. He immediately walked to the driver who looked rather unbothered by the cop’s discovery.

The driver went ahead to disclose to the dutiful cop that the elephant tusks belonged to a ‘big person’ in the country and he should therefore release him to proceed with his journey.

Corporal RM resisted and that prompted the driver to make a phone call.

The phone call was simple and straightforward. 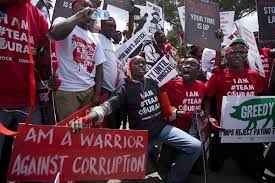 After the call, the driver of the lorry unleashed a huge bundle of notes which he handed to corporal RM to split with his colleagues.

Obviously, RM would have had the honour to decide the amount he would give to his colleagues.

But corporal RM thought about it for a moment and declined. The driver was surprised that someone, and a Kenyan policeman at that, had turned down a chance to become rich.

The driver returned the bundle of cash from where he had retrieved it and quickly proceeded to make another urgent call.

In a jiffy, a signal came through from corporal RM’s superior with an order to allow the truck driver to proceed.

Corporal RM replied “Yes Sir!” and allowed the truck to proceed as the driver smiled sardonically.

But that was not all, corporal RM was summoned by his superior.

On the material day, he made it the office of his superior and saluted respectfully.

In the next five minutes, Corporal RM was roundly rebuked by his senior and told to be careful next time or lose his job.

He soaked it all in as a man. The boss satisfied that he had deflated the firebrand officer ended his rebuke.

However, it was what he said as RM walked out, that would remain etched in the cop’s mind.

Needless to say, RM was pained as his new moniker Corporal Mjinga caught in the coming days.

He felt embarrassed for appearing foolish before most of his colleagues when, ideally, he should have been congratulated for standing by his values.

Suffice to say the reason Kenya has not sunk despite many years of plunder by top honchos in government, can be attributed to a sizeable number of ‘Corporal Mjingas’ in the civil and public service.

These are the devoted civil and public servants who dutifully carry out their mandates with focus on a better Kenya.

And this is the lot that the person who wins the August 9 poll must endeavour to elevate.

Since 2013, the looting in government has been on the rise and as we speak the levels are appalling.

In fact, the looting overseen by the Jubilee regime has, to a degree, served to cultivate disdain for hardwork among the youth.

It is becoming increasingly hard to preach the value of integrity and hard work among the youth when the corrupt live large from the proceeds of corruption.

We need to cultivate an environment where the Corporal Mjingas of Kenya are rewarded and not vilified.

Opinions expressed in this article are solely of the writer and do not necessarily represent the position of GOTTA.news. We welcome writers to give their views on social and political issues. Send your opinion to [email protected]gotta.news