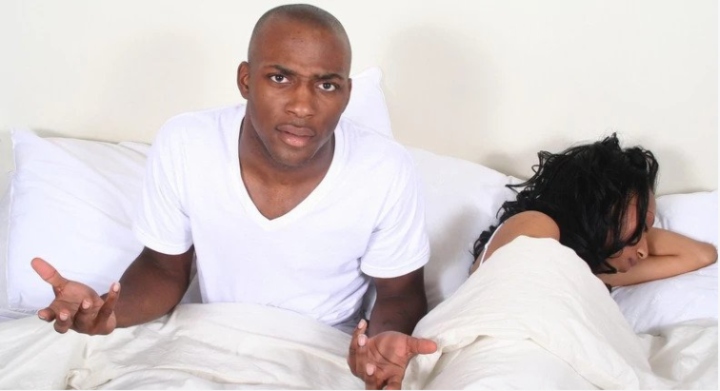 Men are territorial and no man would want a territory that has been trodden on by so many men and he cannot stake a claim to it.

Most young women grapple with whether to reveal their body count to their new lovers when they demand to know how many men they have slept with in the past.

“Should I say the truth or should I lie and give the usual number, two?” a woman is likely to wonder.

However, popular author and a relationship expert Jacob Aliet says women should never give their body count as it is a turn off to most men.

And Aliet is guided by interesting reasons key among them being, that whatever number a woman give, the man is likely to multiply it by 5 or even more.

That plus her skills in bed is likely to conjure up an image of a slut who is good for dating but not for marriage.

According to Aliet, a majority of women go through a “ho” phase in their twenties.

“Many women get knocked up during this phase and a number of women extend it to their thirties – through serial dating,” he wrote in a recent Facebook post.

So what are the reasons that make men decline to marry women with high body count?

According to Aliet, the number one challenge women with high body count encounter is the used toy effect. While these women may be good at riding, a man after sleeping with the ‘magician’ in bed lies back and asks himself, “where did she learn all that?” and that is the moment he reconciles with himself that as much as he is having so much fun, she belongs to the streets and not for marriage.

The author posits that men are territorial and no man would want a territory that has been trodden on by so many men and he cannot stake a claim to it.

By the same scale, women with high body account may have challenges settling in marriage and relationships.

The relationship coach argues that such women tend to have very high expectations, something that can be a deal breaker for an average guy.

“Women who have been around the block have been run through by the genetically gifted and otherwise. The fast bangers and the slow ones. The rough ones and the delicate ones. The thin ones and the fat ones. The marathoners and the five second performers. Because of such a wide range of experience, their expectations are high.” he writes.

“These are the women who leave men because of their performance in bed. A woman with no experience will have no standard of comparison to gauge her man’s performance and is more likely to accept his performance as the norm and adjust to it.”

Aliet further argues women with high body count tend to be unhappy in marriage. Research shows a woman’s notch counts directly affects her chances of being able to stay married.

He quotes a research by Institute of family studies and National Survey of Family Growth (NSFG) that shows that women with 0-1 partners were the least likely to divorce.

According to the research, women with multiple sex partners prior to marriage have less happy marriages, and often increases the odds of divorce.

The research reveals that women married as virgins had the lowest divorce rates by far. What this means is that a woman’s sexual past directly affects her marriageability and future happiness.

Also, according to Aliet, women with high body count tend to be baby mamas.

“The more notch counts a woman has, the more likely she is to slip and get knocked up.

Getting knocked up by the wrong guy or at the wrong time is a major fork on the road for most women.”

And let’s face it, the presence of another man’s child by her side is a major concern for most men, who do not like being cuckolded (this is what we call retroactive cuckoldry) and playing step dad.

The fifth challenge those who marry women with high body count is the compromised pair-bonding ability. For a woman to agree to sleep with a man, it means he has met her criteria, be it looks, money, confidence, status, charisma, whatever.

As such, it follows that every break up is a traumatic event that leaves an emotional and psychological scar on her. This means a woman with high body count is likely have reduced ability to pair bond.

“Such women will leave a marriage for very flimsy reasons. They do that because there was no strong pair bond with their men to begin with,” writes Aliet.

Lastly, while times have changes and virginity is no longer a rigid standard. But a high notch count in a woman is a sign of underlying psychological issues.

“The biggest red flag is, why couldn’t she keep any of the men she slept with? Look at Kanye West. He ignored this question and is now paying the price,” he writes.

Sleeping On the Floor, What Are The Benefits?
Revealed: Raila Met Ruto But Failed to Agree on Uhuru’s Impeachment Plot
To Top