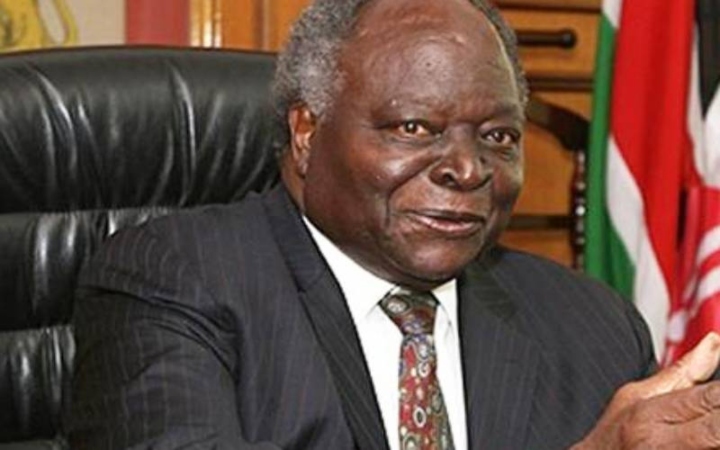 Former President Mwai Kibaki is dead. His demise was announced by President Uhuru Kenyatta on the afternoon of April 22.

Kibaki, who served as Kenya’s third president from 2002 to 2013 when he passed the baton to President Uhuru Kenyatta, breathed his last on the night of Thursday, April 21, aged 90.

His demise was announced by Uhuru on the afternoon of Friday, April 22 in a televised address at State House in Nairobi.

In his speech, the head of state mourned his predecessor as a leader who steered the country’s economic growth, democracy and championed the welfare of all Kenyans.

“While Emilio Mwai Kibaki is no longer with us in body, his spirit, legacy, values and ideals lives on in you and in the limitless ways that he made Kenya immeasurably better. Kibaki lives on in the hearts of millions of Kenyans, East Africans and Africans who benefited from his leadership, admired his character and were inspired by his example,” said Uhuru. 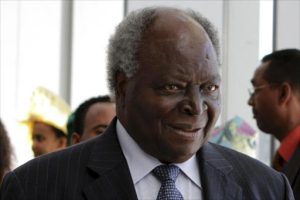 The late Mwai Kibaki served as president between 2003-2013. PHOTO/COURTESY

In honour of Kibaki, Uhuru directed that the country observe a period of national mourning from Friday until the day he will be laid to rest.

The Jubilee Party leader also directed the Kenyan flags to be flown half-mast across the country and in all the Kenyan embassies abroad.

Also, the president asked the deputy-president, the chief justice, cabinet secretaries, the speaker of the National Assembly, the speaker of the Senate, Kenya’s diplomats and anyone authorised by law not to fly the national flag on their official vehicles until the sunset when Kibaki will be laid to rest.

Kibaki’s remains have been transferred to Lee Funeral Home. As announced by Uhuru, he will be accorded a State funeral.

The deceased has been praised for reviving the country’s economy when he took over from President Arap Moi.

The nonagenarian is also remembered for launching the vision 2030 blueprint on June 10, 2008, which was meant to transform the country into a middle-income nation.

In 2003, he introduced free primary education for all Kenyan school children.