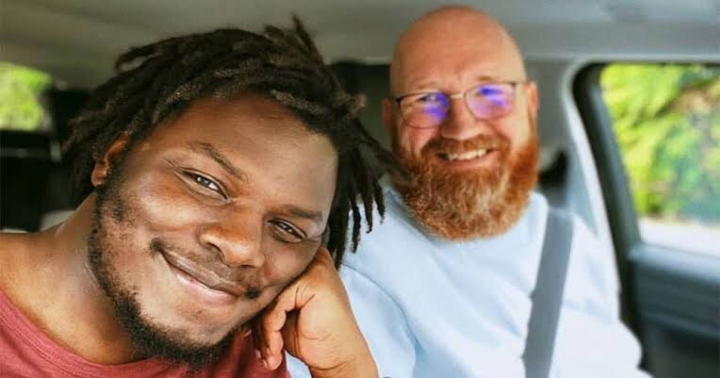 On Saturday, June 20, Silas revealed through his Facebook page that the met his ‘mzungu’ lover Patrick Miami and married him under a year.

On Saturday, June 20, Silas revealed through his Facebook page that the met his ‘mzungu’ lover Patrick Miami and married him under a year ago.

Silas described his partner as kind, courageous and honest.

“I met and married someone just under a year ago. He’s got all the things: Kindness, courage, honesty, etc. While all this is all fine and great, that’s not why I married him,” reads the post in part.

He further said that they both don’t believe in marriage, but it was the easiest way for them to be together.

“In fact, neither of us believed in marriage. We still don’t. But after months of us looking at options for what companionship would look like, especially seeing as travel isn’t exactly easy for us, we settled on going for it. We maintain an ethically polyamorous situation because monogamy gives us both migraines,” the post further read.

Silas also said that the fact that his partner took his last name he is proud of it.

“That being said, Patrick Miami (yes, he took my name) is my primary life partner and I’m proud to be his,” he said.

He further stated that they would do a proper wedding after celebrating a decade in marriage. 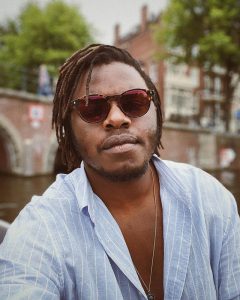 The couple is believed to be living in South Africa, where Miami has been based for the last couple of years.

Sharon: Congratulations and all the love in the entire world to the two of you!

Demic: SILAAAAAS!!! Congratulations! I lofe this for you both! It looks good on y’all! And your hair is gorgeous. I bet the you from OJ is really proud of you today, as I am. Stay gold!

Jessica Joestar: Congratulations on finding something & someone that works for you! That’s no small feat. Wish you both happiness.

Scheaffer Okore: Joy, abundance and the purity of love, Congratulations

Philip Wafula: I am so happy for you. To ten more years so I can see what the finery, that is your person, chooses to look like in a wedding, because it’ll be good and we know it. Thank you for sharing this happiness with us

Patricia Kihoro: Love to see it. Love you!

Mercy Ndungu: Love has no gender, character has no race & compassion has no religion

Are these 10 curviest Ugandan celebrities? (PHOTOS)
10 PHOTOS of Kibera-born socialite who claims to have slept with over 150 men
To Top