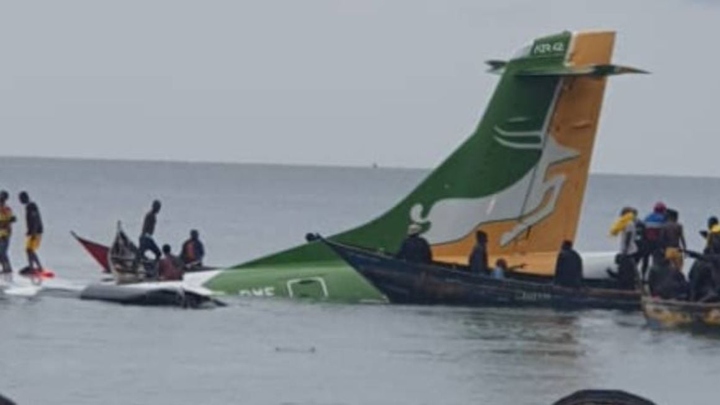 One of the survivors of the Precision Air crash has recounted the last moments before the crash.

19 people died after a Precision Air flight with at least 43 passengers plunged into Lake Victoria on Sunday November 6.

Richard Komba said the pilot alerted them of the foul weather as they approached Bukoba.

“As we approached Bukoba, the pilot alerted us that the weather was not fine and that it was raining heavily so we went past Bukoba towards the border with Uganda before we could turn back,” said Komba.

The survivor told The Citizen that passengers were alerted that in the event the weather did not improve, the captain would be left with no choice but to return to Mwanza.

“Soon we began our descent on Bukoba Airport, there was so much turbulence and it was still raining heavily and soon without any warning we found ourselves in the water,” said Komba. 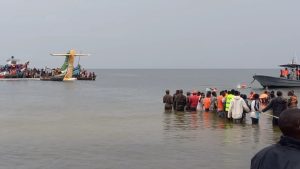 He says that with the plunge soon water started spilling into the aircraft and he was lucky to have been at the back.

“We had a cabin crew with us who helped us open the emergence exit and soon we found ourselves outside the aircraft.” He said.

Komba said it took a lengthy time before any help could arrive.

The plane was approaching the northwestern city of Bukoba when the mishap happened.

“All Tanzanians are with you in mourning the 19 people who lost lives during this accident,” Prime Minister Kassim Majaliwa told a crowd after arriving at Bukoba airport.

Earlier both the regional authorities and Precision Air confirmed that apart from deaths, at least 24 people had survived the accident.

The private carrier further confirmed that at least two more people had been injured during the rescue operation.