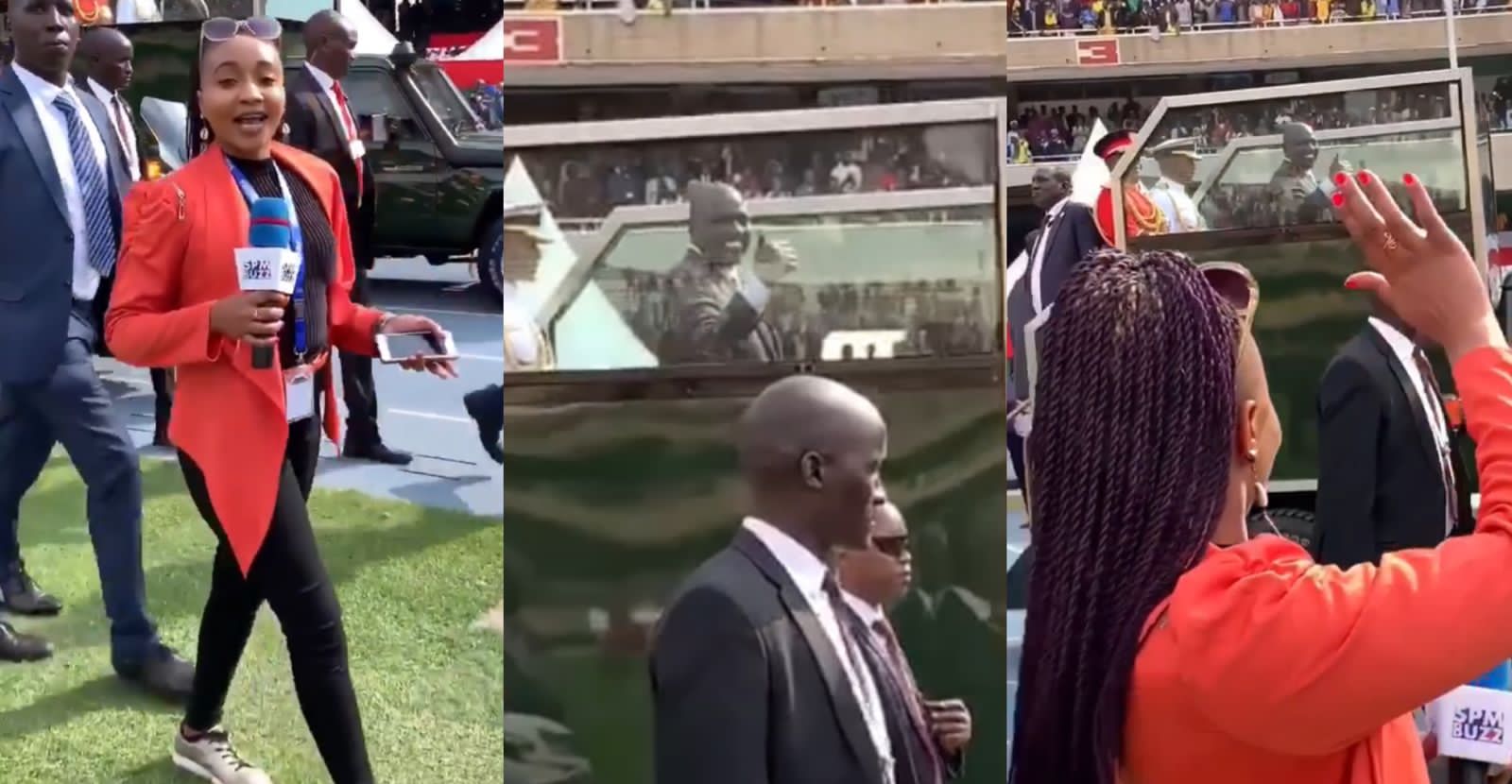 A video of President William Ruto interacting with a journalist during his inauguration ceremony has gone viral online sparking wild reactions.

Ruto was sworn in as the fifth president of Kenya in a fully-packed inauguration ceremony at Kasarani Stadium on Tuesday, September 13.

The Head of State was making a lap at the stadium aboard the presidential land cruiser when he greeted the journalist.

Ruto raised a thumbs up to a smiling Miss Kithinji who waved back at the president.

In the video, the journalist was covering the event and she was seen walking beside the land cruiser.

It appeared that Ruto was looking at her for a moment and when she turned to look at him, he raised his hand before the journalist waved back.

“Do I need another reason to say that I’m working hard? What a moment! The 5th President Of Kenya just waved at me,” Kithinji wrote on Facebook.

Here are comments from the video.

Kimani Kabegi: When it’s your time to shine, you don’t need connections. It finds you doing what you love. A beginning of great heights.

Sheila Murugu: Keep going babygirl. you should have sen our whole house shouting your name when we saw you on TV. The excitement. 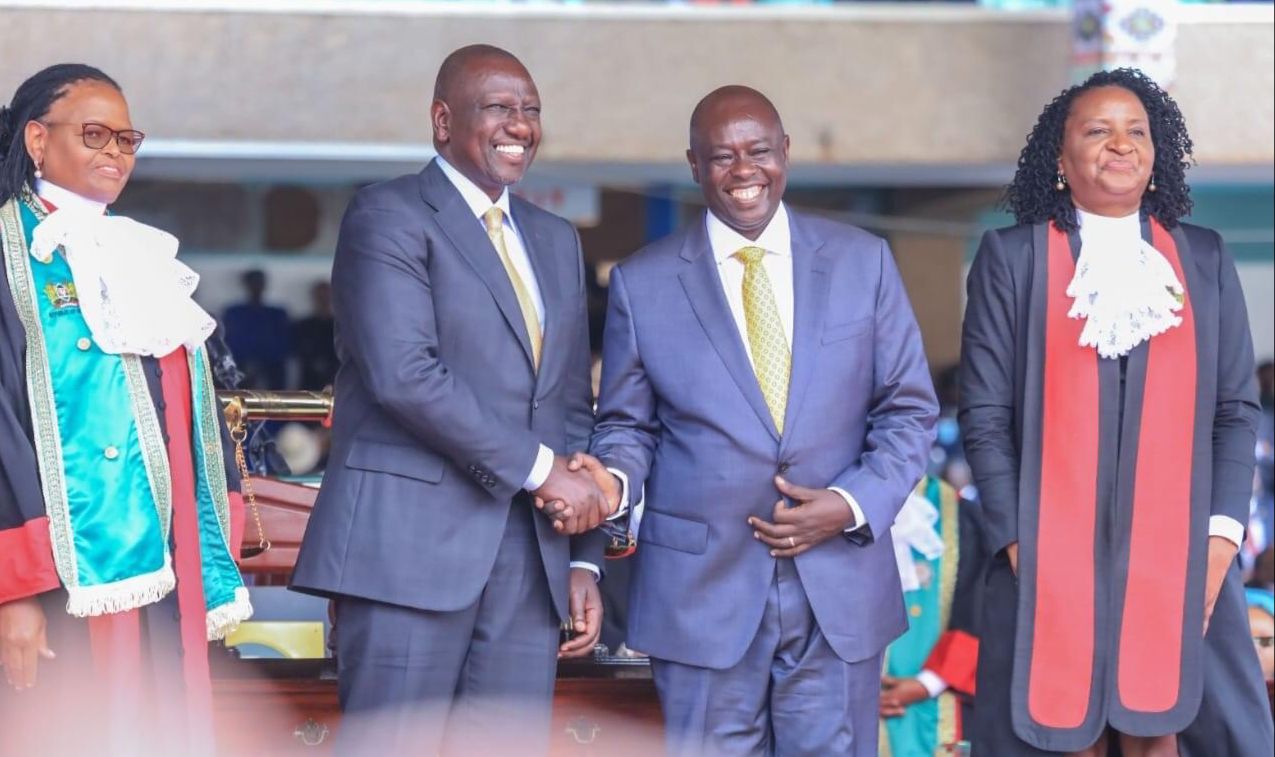