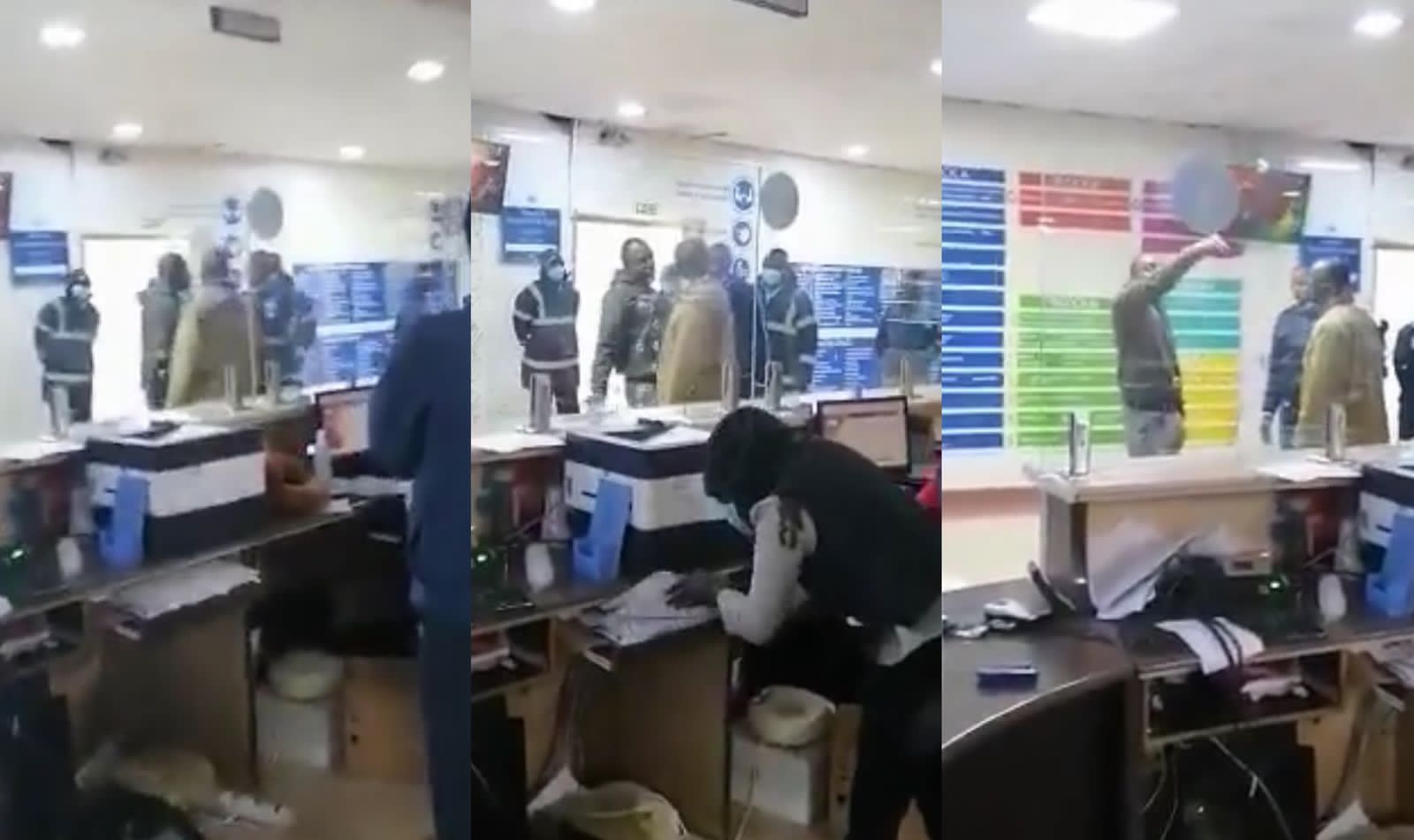 According to a video online, the activist was seen in an ugly confrontation with a police officer and two other men at the facility.

The information accompanied by the video indicated that Mwangi was in the hospital in the company of his wife, Njeri Mwangi, who was seeking treatment.

It is, however, still unclear why Mwangi who appeared drunk was engaging the officers in the confrontation.

At one point, the disorderly activist was heard telling off the police officer saying that he doesn’t fear the gun, further hurling insults at him.

“I don’t know why he was so frustrated yet the hospital treated his wife and was taken home peacefully by his bro,” a social media user wrote on Twitter.

A drunk Boniface Mwangi caused fracas in Nairobi hospital leading to the destruction of facility's equipments.

I don't why he was so frustrated yet the hospital treated his wife and was taken home peacefully by his bro. pic.twitter.com/xnscwMioyf

The video sparked mixed reactions as seen below.

@wedidnthaveprom: Ok honestly, each day Boniface Mwangi has done or said or tweeted anything this past couple of months, I question how I just had high ratings of him. Just wondering where and when it all went dark.

@Mburu711: Demanding for his wife to be treated is not wrong but he could have handled it better as a man. All this emotional escalation was unnecessary. Plus there are other hospitals as well. If you’re not getting the services you want in one just go to the next one. You can afford anyway.

@Bastaprenuer: I’d be mad at him if I didn’t know Kenyans are poor at service delivery. Deliberately inflating costs and frustrating patients with unnecessary processes. It’s by design and the hospitals know it. Understaffed facilities worsen patient’s health.

Reacting to the video, Mwangi said that the incident happened on August 21, 2022 moments after he and his wife were involved in a road accident along Langata Road.

He explained that he caused chaos at the hospital after the staff demanded pay before his wife whom he says was in pain was treated.

“When we got there, my wife was in pain, in a state of delirium, and was in and out of consciousness. The hospital wanted me to pay in order for my wife to get treatment but I had neither the money, nor my wallet

“Emergency health care is a right in the Constitution (Article 43(2)) and in my desperation to get the hospital management to attend to my wife beyond taking her vitals and giving her painkillers, I ended up raising my voice, breaking some things, and causing a scene,” Mwangi said. 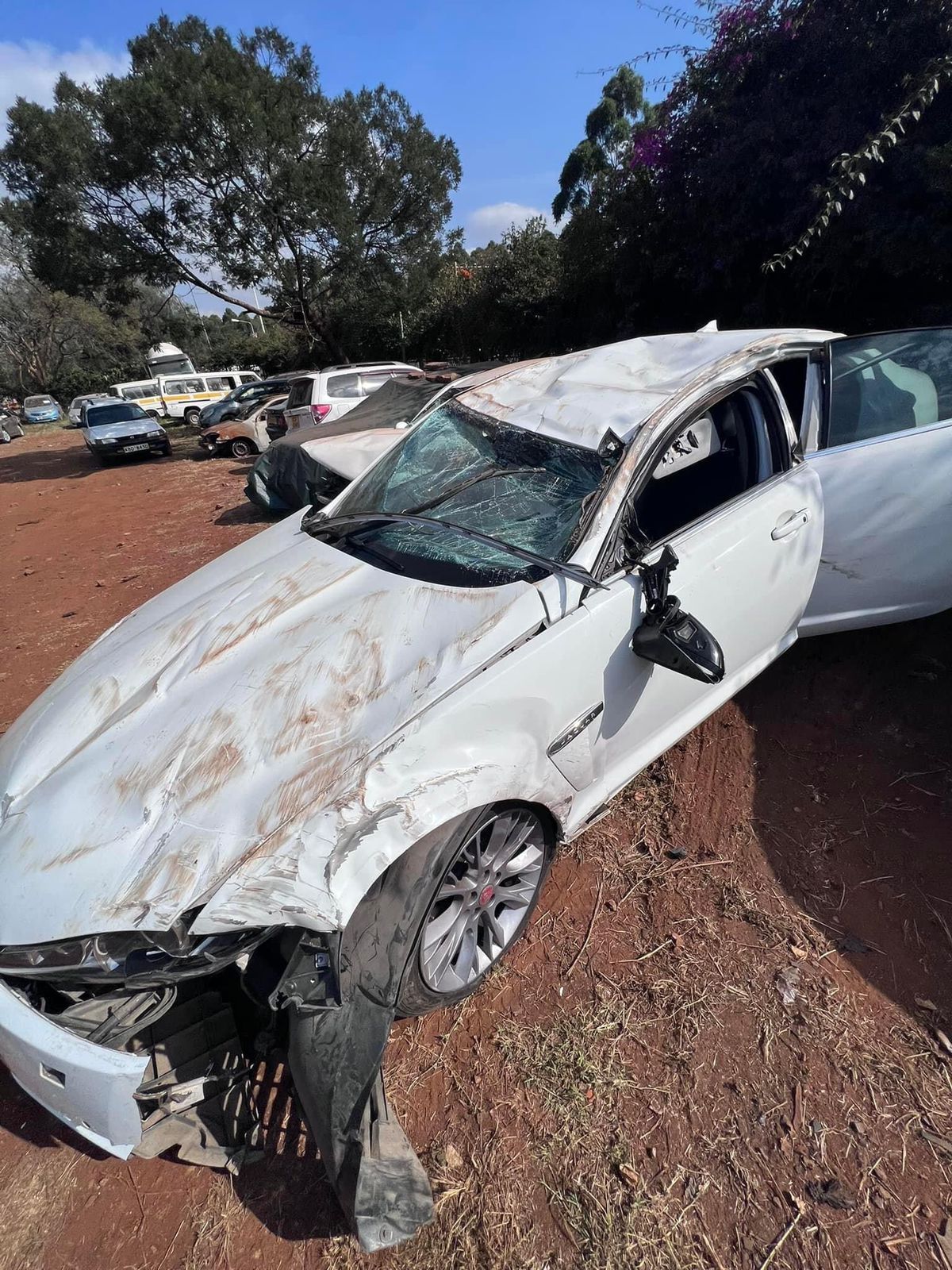 The activist added that his wife was treated only after his friend came to the hospital and sorted the bill, adding that he was later arrested and locked up at Akila Police Station.

Mwangi said he also paid for damages caused and apologized to the staff at the reception on the fateful day.

“My wife only got the medical attention she needed when my friend came to the hospital and paid the bill. My family and I are grateful that my wife did not suffer serious injuries. The hospital management called the police who arrested me. I was jailed at the Akila Police Station

“The actions that I took to get my wife medical attention were wrong and I apologized. I paid for all the damages that I had caused. The hospital costed the damaged items at KSh 106,000.00, which l paid. I reached out to the people who were working at the reception at the time of the incident and apologized to them,” Mwangi added.

“A lie can travel around the world and back again while the truth is lacing up its boots.”—Mark Twain. https://t.co/deM1uBkw4J