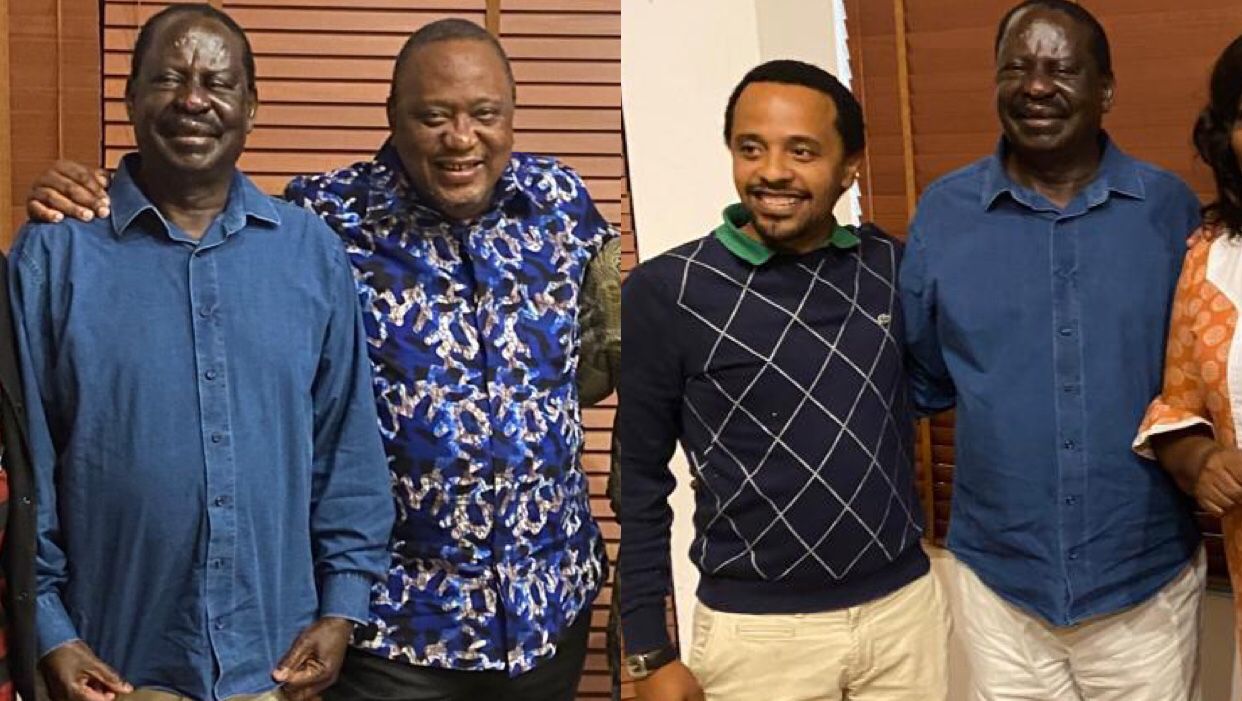 During the visit, the ODM leader had a swollen face and even tried to cover it with a mask.

However, more photos from the meeting showed that Raila had his upper lip swollen, part of his cheeks and eyes.

The photos sparked mixed reactions online forcing those close to the former Prime Minister to issue a statement on the same.

According to sources who spoke to NTV, Raila suffered the injuries after falling off a treadmill.

Uhuru visits Raila Odinga who, sources say, had a minor accident on the treadmill on Tuesday pic.twitter.com/vh4suTJFzF

The outgoing Head of State visited Raila on Wednesday evening, September 7 at his home in Karen.

Uhuru was accompanied by his son, Jomo.
Other leaders present in the meeting include Siaya Governor James Orengo, lawyer Paul Mwangi and Professor Makau Mutua. 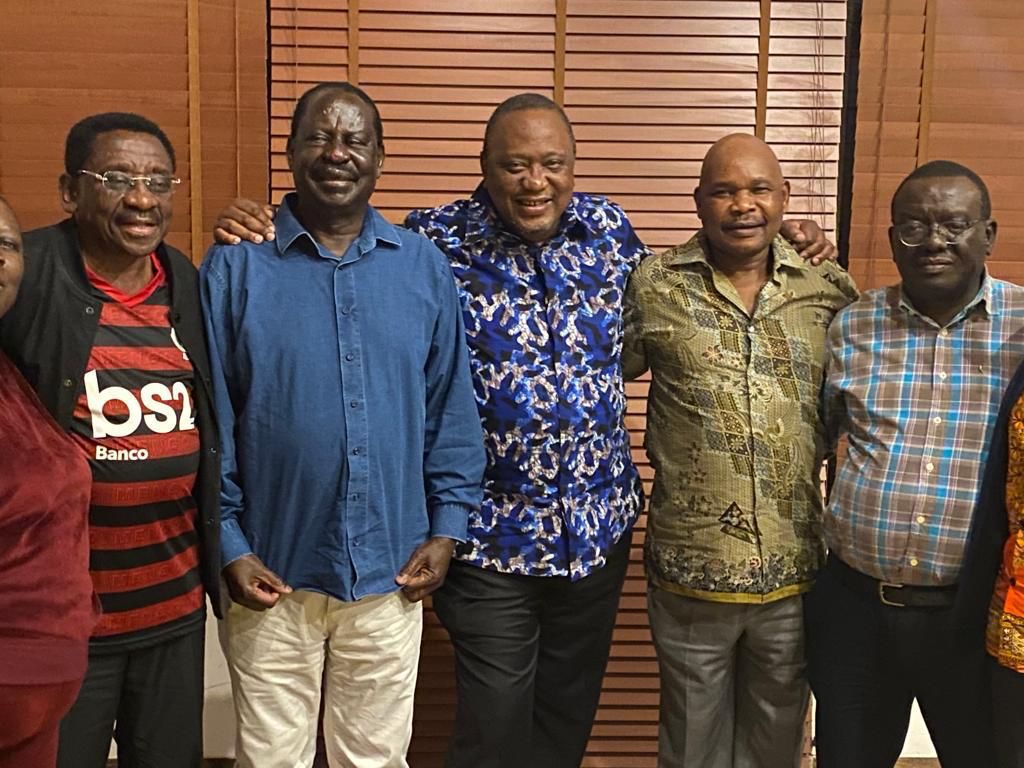