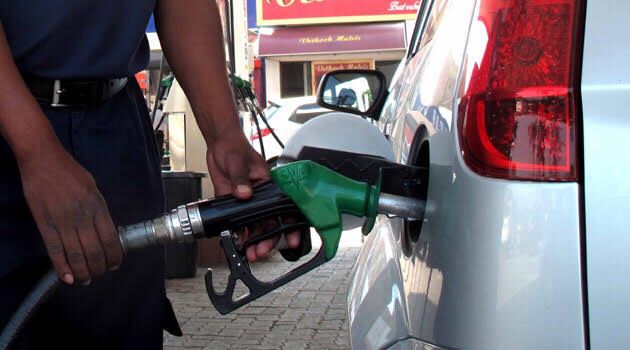 In a statement on Thursday, September 15, EPRA announced that a litre of petrol will retail at KSh 179.30, representing a KSh 20.18 hike.

At the same time, diesel price increased by KSh 25 and will now retail at KSh 165.

On the other hand, the price of Kerosene has increased by Sh20 meaning it will retail a KSh 147.94.

The prices are inclusive of 8 per cent Value Added Tax (VAT) and with zero subsidy for super petrol.

A subsidy of KSh 20.82 a litre  and KSh 26.25 a litre was retained for diesel and kerosene respectively.

The new development sparked mixed reactions from netizens across social media as seen below.

Alex Amwayi: Sometimes you have to make some bold and hard decisions so that in future the same same people lamenting now will be enjoying. Fuel subsidy had to go for better tomorrow. God bless Kenya.

Nyanjobg Icon: Now let’s begin the journey this time wembe ni ule ule will be sharper than that of 2013 2017 is just a matter of time and all will hate this government.

Maria Musa: Hopefully the world fuel prices will stabilise. The shilling against the dollar ain’t on our side either. I don’t think the government has too much say on this except scrapping the exorbitant taxes on fuel products.

Nkere Robinson: Bado Hamjafeel the pain. You were told Choices have consequences, but instead you decided to vote Kenya Kenya kwisha in. Now feel the pinch.

Kiprotich Robert: Kenyan economy is at it’s knees and everybody knows that. Please, let us give time to our President . I’m sure he will deliver what he promised Kenyans. Thank you.

President William Ruto had announced the removal of fuel subsidy on petroleum products.

As such, he suggested that this may see him leave the prices of food and fuel to be determined by the market forces of supply and demand.

“On fuel subsidy alone, the taxpayers have spent a total of KSh 144 billion, a whopping KSh 60 billion in the last four months. If the subsidy continues to the end of the financial year, it will cost the taxpayer KSh 280 billion, equivalent to the entire national government development budget

“Additionally, there was an attempt to subsidise Unga maize flour in the run-up to the election, a programme that gobbled up KSh 7 billion in one month, with no impact,” Ruto said.