The Judiciary has issued a statement on claims that Deputy Chief Justice Philemena Mwilu and Supreme Court Judge Smoking Wanjala tendered their resignations.

This is after a Twitter user made a post on Sunday, September 11 claiming that the two had submitted notices to the Registrar of the Judicial Service Commission.

However, moments later, the Judiciary in a Tweet issued a statement where it flagged the claims as fake.

Elsewhere, in January 2021, Kenyans woke up to banners mounted by unknown people on footbridges along major roads calling out the Judiciary on its perceived selective application of justice.

This came at a time when the Kenyan justice criminal system was on the receiving end from the executive and members of the public.

The banners ask why Kenyan courts favour the rich and condemns the poor to jail.

Noteworthy, the banners were mounted on major footbridges just hours after Embakasi East MP Babu Owino was released on a KSh 10 million cash bail in a case in which he was accused of shooting Felix Orinda aka DJ Evolve.

The ruling that has raised public furore and got Kenyans talking, Chief Magistrate Francis Andayi directed that the KSh 10 million cash bail be paid in four instalments of KSh 2.5 million each for the next four months.

“Akashas were free in Kenya for over four years, but were jailed in two months by a USA court. We demand a working judiciary free of corrupt judges now,” a banner erected at the Nyayo Stadium roundabout read.

Another one on a footbridge in Pangani posed:

“Why [are] the majority of inmates in Kenya the poor?” 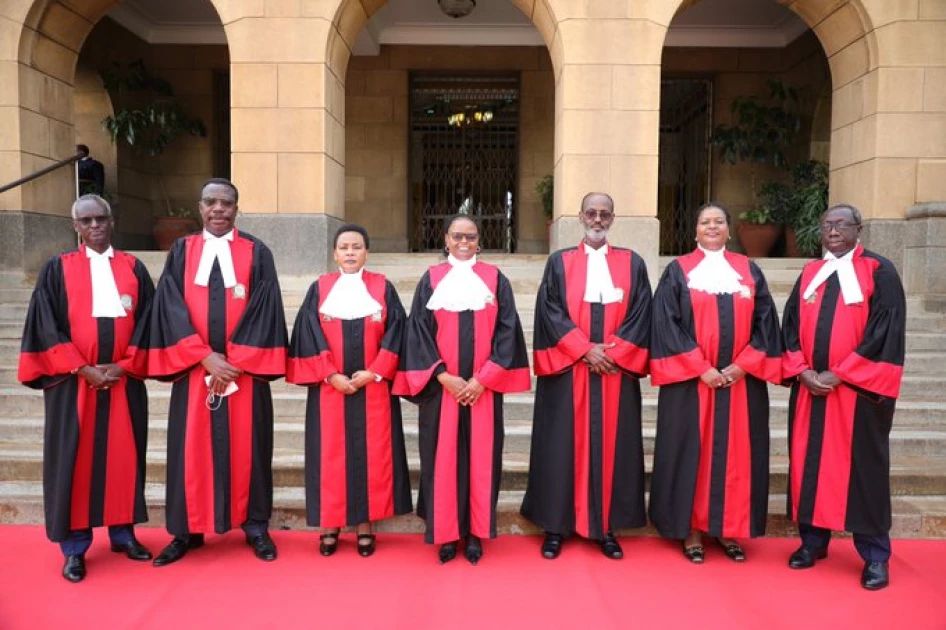