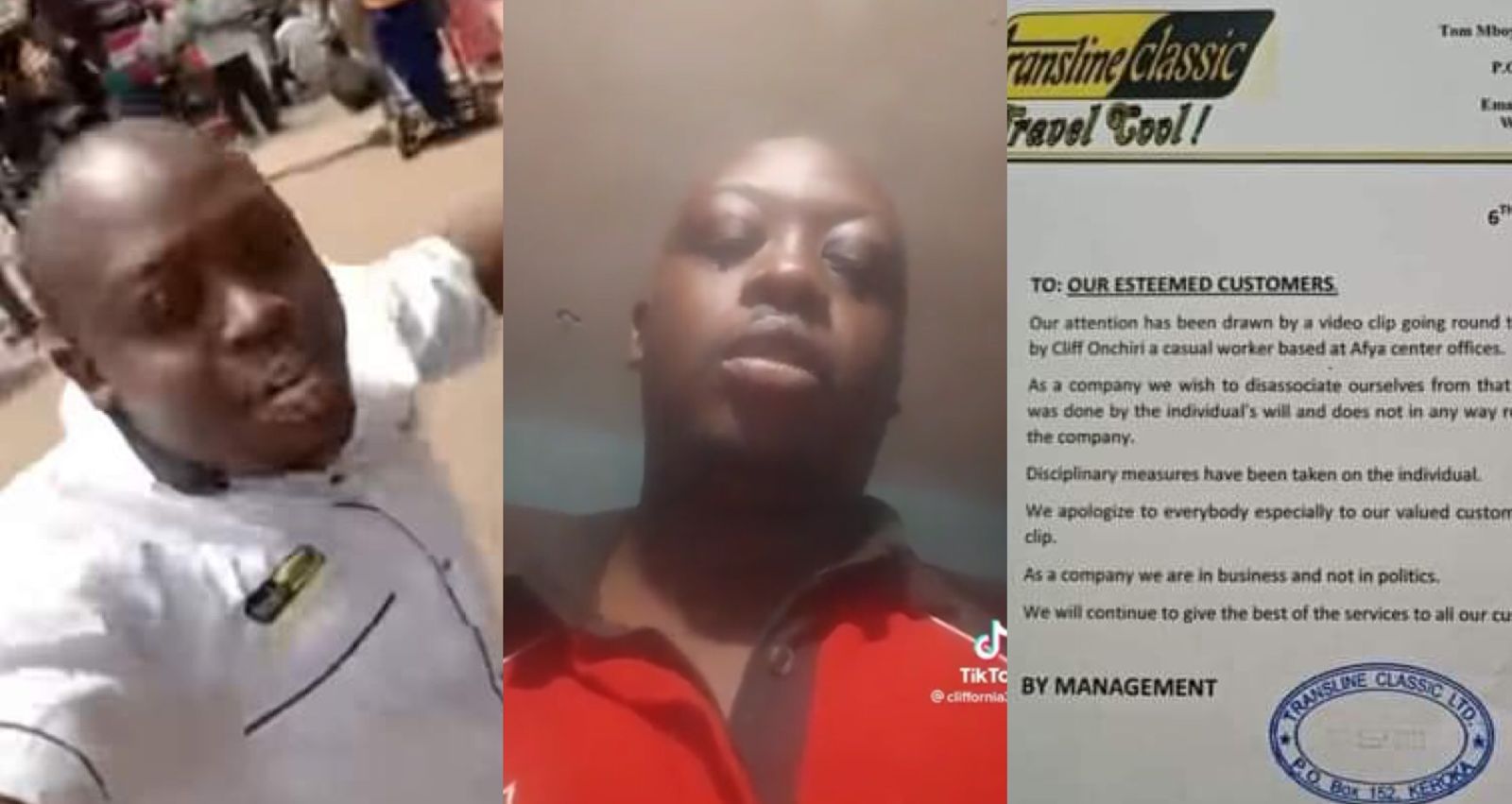 A matatu driver who recorded himself while celebrating Azimio la Umoja flag bearer Raila Odinga’s loss in the August 9 presidential election has been fired.

Onchiri who had a Transline Company uniform while recording the video was heard mocking Raila after the Court verdict.

Days after the video went viral, the driver, in a separate video has claimed that he has since been fired and he is pleading with well wishers to get him a job.

“They fired me. I am back to square one, Im pleading with anyone to offer me a job so that I can support my family. I can do any kind of job,” said Onchiri.

He also apologized over utterances that he made in the video that irked most people support the former Prime Minister.

Onchiri also clarified that the remarks were his and did not represent the position of the company.

“I did not intend to hurt anyone. I am very much sorry for what happened. May you find a place in your heart to forgive me,” he added.

The company had earlier issued a statement over the viral video.

“As a company, we wish to disassociate ourselves from the clip and state that it was done by the individual’s will and does not in anyway represent the views of the company,” the statement added.

The company also said it had taken disciplinary measures against Onchiri.

It insisted that it only majors in the transport business, not politics.

“We apologise to everybody especially to our valued customers for the offending clip,” the statement added.