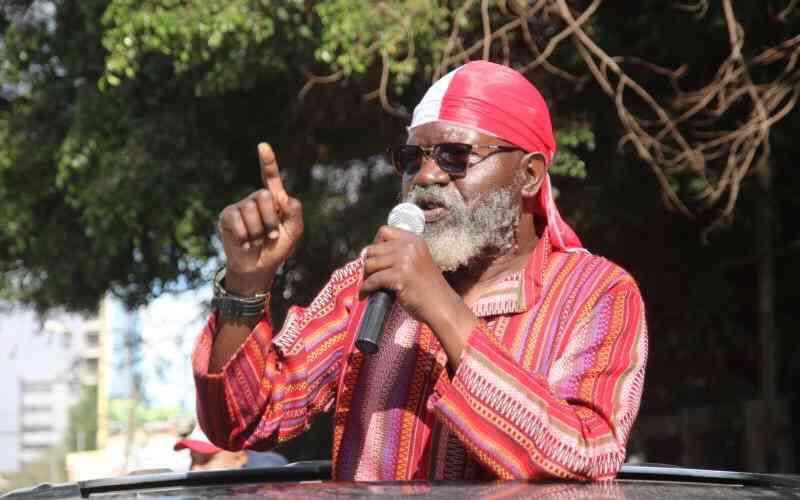 The presidential hopeful failed to vote after the KIEMS kit failed to work making it impossible for the voting process to continue.

Wajackoyah who was accompanied by his wife was expected to cast his vote at Indangalasia Primary School in Matungu constituency.

The politician was turned away from the polling station with IEBC officials noting that a replacement of the failed KIEMS kit was on the way although they were not sure how long it would take.

“I am disappointed that I have not voted. Why is it that I am the only presidential candidate who hasn’t voted? Why couldn’t they test the Kiems kits? I stand with God, that’s the only thing I can say,” Wajackoyah said.

After failing to vote, Wajackoyah visited his father, Tito Olilo Jakoya’s grave where he was seen kneeling on it. 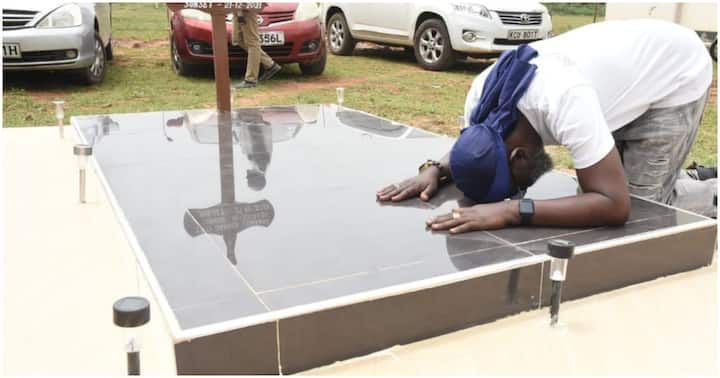 The Deputy President voted at Kosachei Primary School in Sugoi, Turbo Constituency in Uasin Gishu County shortly after holding prayers with his wife, Rachel, at their home.

DP Ruto arrived at the polling station a few minutes to the official opening of the station and he was the first person to cast his vote.

The DP noted that he decided to vote early so that he doesn’t inconvenience to those who would be in the lines.

Ruto noted that due to his stature, he is likely to cause disruptions at the polling station.

“Everybody here wants a peaceful process. Our prayer before voting was about having a peaceful election. I am also delighted that this historic election will usher a new era for the country. I want to urge for a peaceful process,” DP Ruto said.