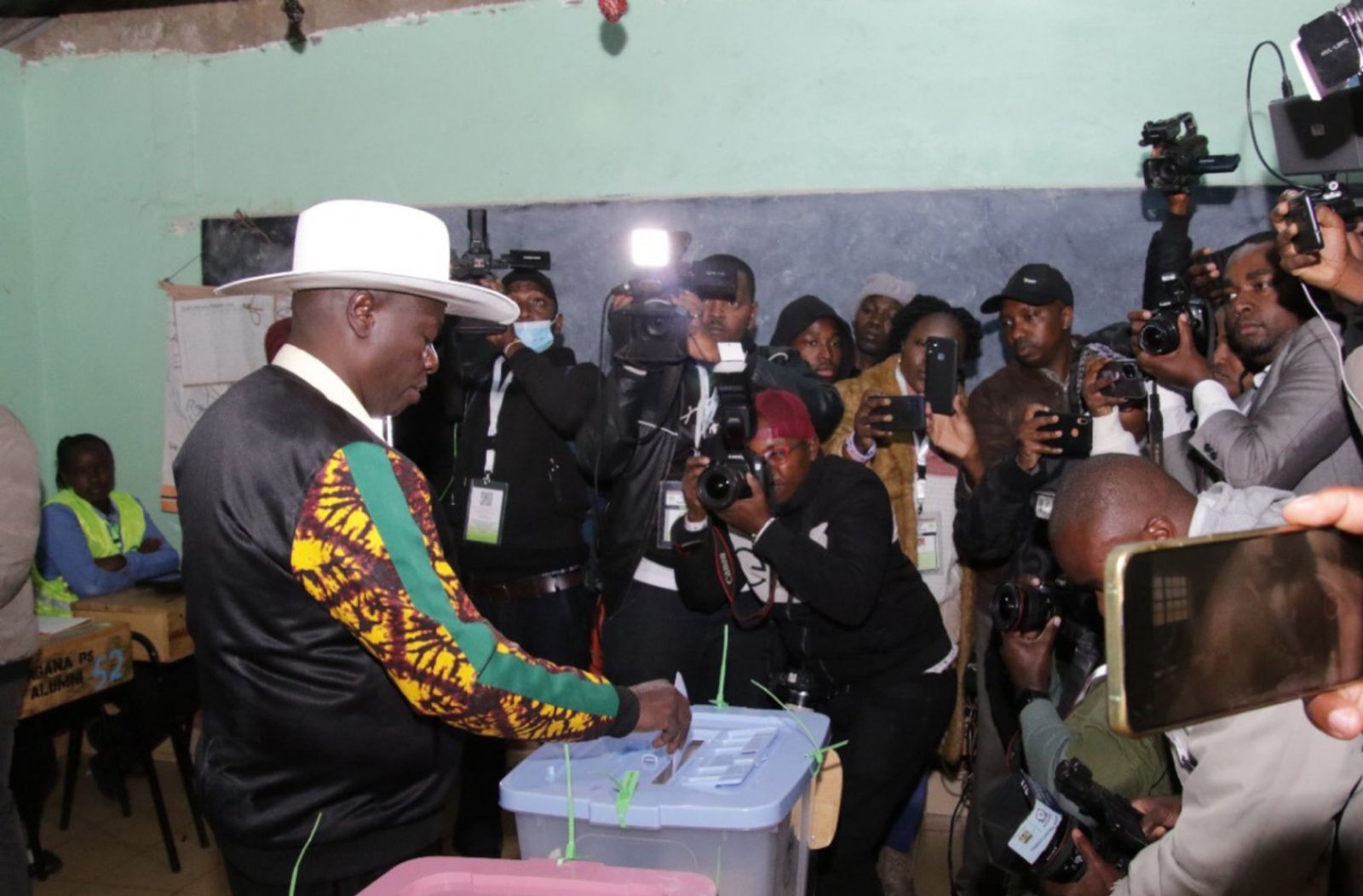 Kenya Kwanza Alliance presidential running mate Rigathi Gachagua was forced to clean his finger after the KIEMS kit failed to identified him.

The politician casted his vote at Sagana Primary School in Nyeri County having been accompanied by his wife and sons.

However, while verifying his details before voting, the KIEMS kit could not immediately identify the MP forcing him to clean his finger.

Following the final attempt, the KIEMS kit identified him and he proceeded to cast his vote.

Speaking after casting his vote, the Mathira MP noted that he was impressed with how the Independent Electoral and Boundaries Commission (IEBC) conducted the elections.

“We are very happy and extremely impressed by the level of preparedness of the IEBC, the voting is seamless. I am certain that the will of the people will prevail,” said Gachagua.

Rigathi Gachagua cleaning his finger to manifest his prints after Kiems kit challenge in recognizing his fingerprints. #KenyaDecides2022 #KenyasChoice2022 pic.twitter.com/qMzUBBSBoM

Karua arrived at the polling station at 5:50 am, and was cleared to vote at 6 am.

Deputy President William Ruto also cast his ballot at 6am.

He voted at Kosachei Primary School in Sugoi, Turbo Constituency in Uasin Gishu County shortly after holding prayers with his wife, Rachel, at their home.

Ruto was the first person to be cleared to vote at the Kosachei centre.

“It’s upon all of us to respect the choices of the people of Kenya. I look forward to a victorious day. I ask all voters to come out and vote peacefully and deliberately,” said Ruto.