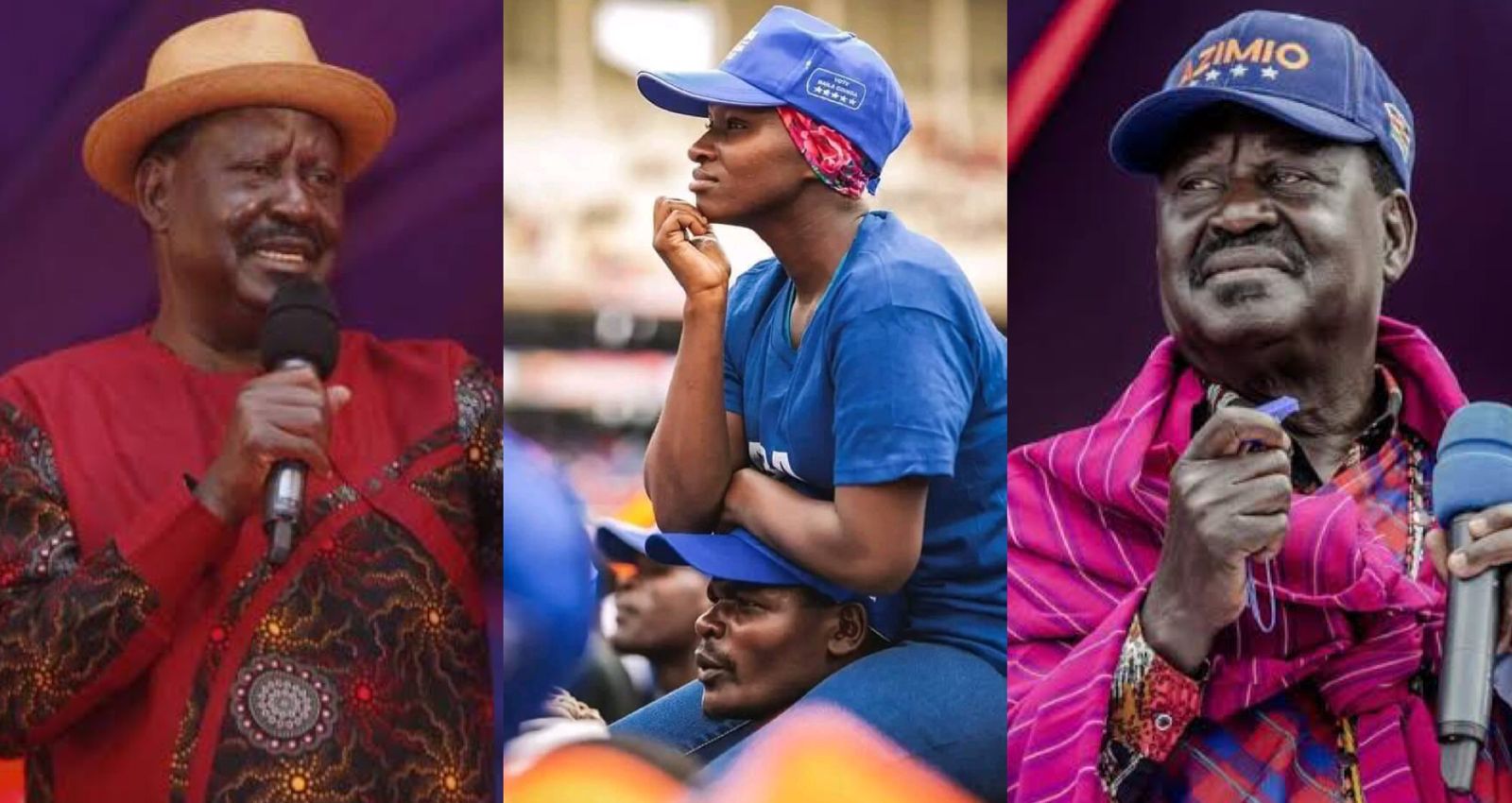 A photo of an Azimio la Umoja One Kenya Alliance supporter carrying a woman on his shoulder has gone viral online sparking mixed reactions.

The photo was taken during the Azimio final rally that was held at the Kasarani Stadium on Friday, August 5.

In the photo, the bootylicious lady could be seen seated on the heavily built man’s shoulder and following the rally keenly.

The man could also be seen following the rally as if he was not feeling the weight on him.

It is not clear whether the two are lovers.

A good husband must raise you to get a glimpse of Raila Odinga. pic.twitter.com/7LzoxckS2H

Here is what Kenyans had to say about the viral photo.

Sarah Oundo: Men are great strong and energetic beings. God bless you all! Raila is the man.

Cove Nant: I hope my man is seeing how other women are being carried by their men.

Duncan Makori: A good husband must raise you to get a glimpse of Raila Odinga.

Judy Wawira: So my Luo brothers you want to tell me your ladies are enjoying like this? Ati Njoroge anibebe kwa mgongo even for 10 seconds?

Elsewhere, an image of an eagle clinching a drone it had grabbed emerged online sparking mixed reactions.

This is after a section of social media users claimed that the drone belonged to either Kenya Kwanza or Azimio la Umoja One Kenya Alliance.

The Deputy President William Ruto-led coalition was holding its final rally at Nyayo Stadium while Azimio held its rally at Kasarani Stadium.

As the rallies went on, the image of the eagle clinching a drone was widely shared online with most netizens claiming that the incident happened in Kasarani.

However, it has since been established that the photo was not taken at either of the venues.

The picture was taken by photographer Koen Van Weel in March 2016 during a police exercise in the Netherlands.