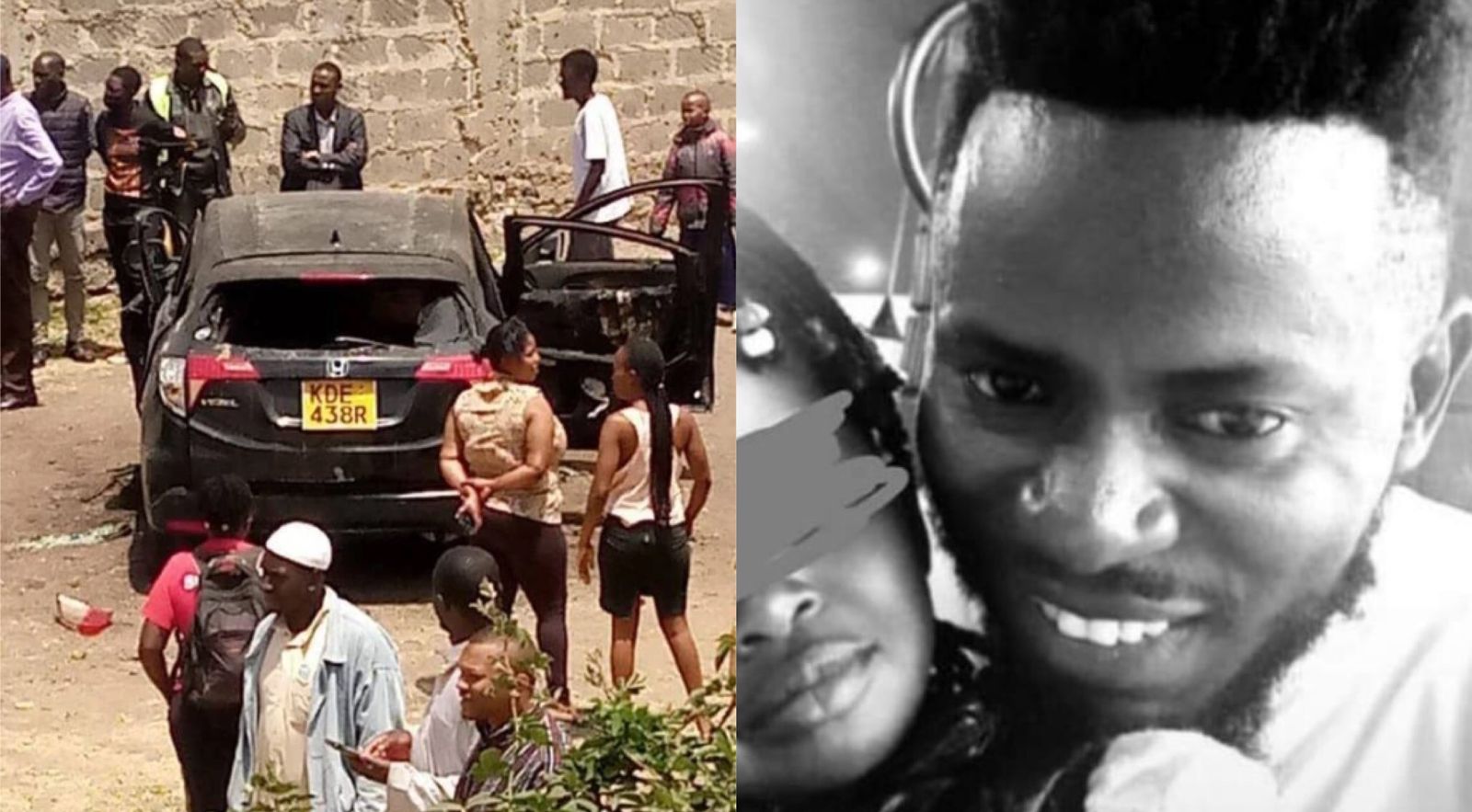 A man in Njiru, Nairobi County was reported dead moments after stabbing his estranged wife and set her car ablaze.

According to the police, on the fateful day, Denis Musyoka requested his baby mama, Elizabeth Munyalo, to bring their daughter over to his house so that they bond.

Amid a disagreement, Munyalo was kind enough to drive over to Musyoka’s house in Nasra Estate within Njiru.

When Munyalo arrived with their 2-and-a-half-year-old daughter, Musyoka is said to have entered the car before pulling out a knife and stabbed his estranged wife multiple times in the neck.

Fortunately, the injured lady managed to jump out of the vehicle, however, leaving behind their daughter.

“The lady managed to jump out of the vehicle and was rescued by good Samaritans,” a police report read.

Musyoka is then said to have set the car ablaze while their daughter was still inside.

DCI detectives from Kayole Police Station arrived at the scene and pronounced Musyoka dead with a knife and a partly burnt five-litre jerrican suspected to have contained petrol retrieved from the scene.

Munyalo was rushed to Mama Lucy Hospital where she was admitted in a stable condition.

The girl was taken to the same hospital but was later referred to Kenyatta National Hospital (KNH) in critical condition.

Musyoka’s body was taken to the Mama Lucy Hospital morgue.