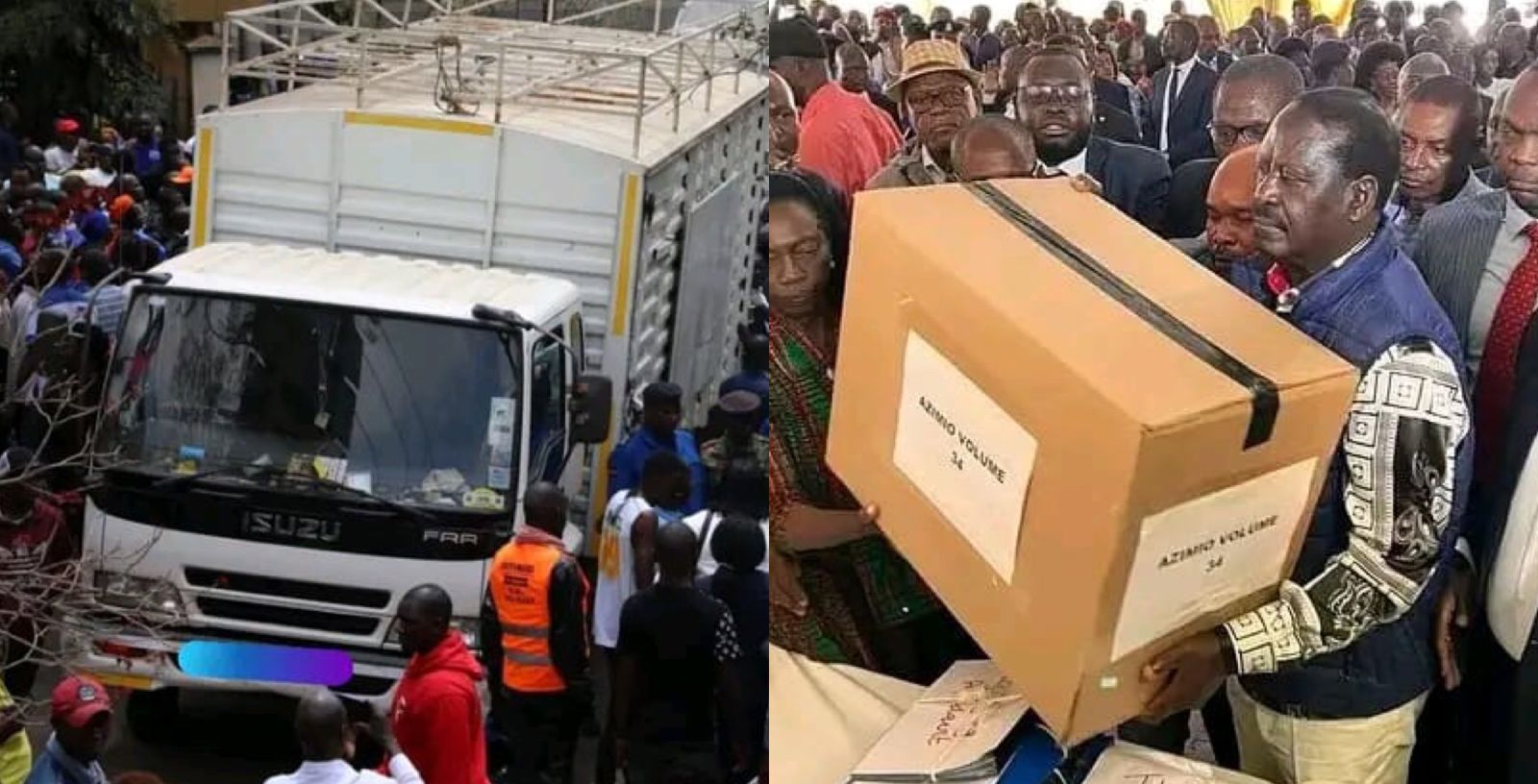 The Azimio la Umoja One Kenya Alliance has filed their presidential petition at the Supreme Court of Kenya.

The petition was filed by the coalition’s presidential candidate Raila Odinga who was accompanied by among others his running mate Martha Karua and Wiper leader Kalonzo Musyoka.

However, the coalition has been a topic of discussion online after hiring a truck to carry evidence which was presented before the court.

Moments after Raila arrived at the Milimani Law Courts, a truck could be seen making its way to the premises.

The boxes were then offloaded and presented to waiting court clerks by a section of leaders from the Azimio coalition.

Siaya Governor-elect James Orengo, Kalonzo and Karua are among leaders who were seen offloading boxes with the evidences.

Here is what Kenyans said about the same.

Its so hilarious how Azimio is offloading the annexures to the petition from a lorry. 😂. We all know the supreme court will not look at all these documents. But supporters have to be given hope.

Azimio arrives at Milimani law courts with a lorry carrying files of evidence. Hawa Watu Wana vitisho bana,How can you respond to a lorry of evidence in four days!

Azimio wamejaza boxes kwa lorry kama cabbage ya Kinangop,sad thing is Judges will not go through all of them.

Only to Deliver One Carton that would have Fitted in Only A WHEELBARROW….

They have brought 1 FULL LORRY of HIGH VOLTAGE EVIDENCE. If Koome and her team need more they can hire a Trailer. Azimio are not joking.

I don't understand why Azimio is carrying a lorry of evidence when they could have used a single server where judges could access their evidence. Must they print all those papers? 😂😂😂