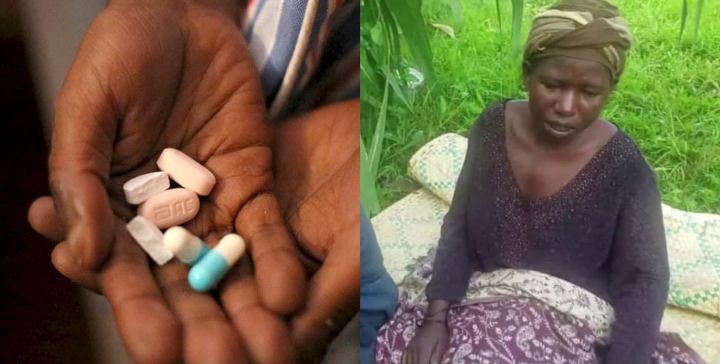 A Ugandan woman who has been taking ARVs for the past six years is seeking for justice after finding out that she is HIV negative.

Fridah Kiconco, 37, said was wrongly diagnosed with HIV in 2011 after a test she took while pregnant cam out positive.

She said she took ARVs in a bid to save her life but to no vain, however, in 2017 after delivering her second born child her body turned yellow and some organs malfunction.

Kiconco returned to Kabwohe Health Centre IV which had initially declared her HIV positive and was tested again before she was referred to Mbarara Regional Referral Hospital (MRRH).

After a test at MRRH, she was declared HIV negative and her samples sent to Kampala for further testing.

“Three days later, the (Kabwohe Health Centre IV) called me and after reading through the results, he declared me HIV negative,” Kiconco said.

The 37-year-old is currently seeking compensation from Kabwohe Health Center for the damage that ARVs have caused to her body.

“The ARVs affected her body organs such as the kidney and liver. We want her compensated for the damages she has suffered as a result of the ARV,” her lawyer said.

As earlier reported on GOTTA.news, a couple in India sued their son and his wife for not giving them grandchildren despite being married for six years.

Sadhana and Sanjeev Prasad went to court seeking KSh 74.8 million in damages from their 35-year-old son and his wife, 31.

Through their lawyer Arvind Srivastava, the couple argued that they spent over KSh 30 million to raise their son who is their only child.

“They raised him, educated him, made him capable, made him a pilot which was expensive. They see people in their neighborhood playing with their grandchildren and feel like they should also have one,” Srivastava.

“They said they didn’t marry their son and daughter-in-law off so that they can live alone. So they said that in the next year, either give us a grandchild or give us compensation.”

The compensation will include KSh 7.5 million that the couple spent on their son’s pilot training in the US in 2006 and a luxury car gifted to him for his wedding.