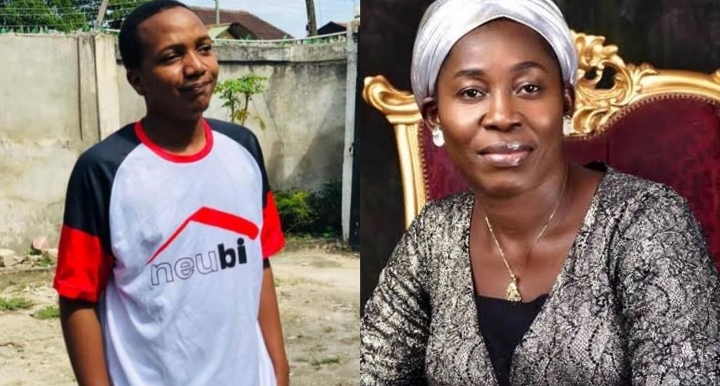 Tanzanian preacher Allen Miray has stated that late gospel singer Osinachi Nwachukwu is burning in hell due to her disobedience.

In an update on Facebook on Sunday, July 2, the preacher warned ladies against valuing worldly things as it will hinder them from going to heaven.

Miray said Osinachi was warned several times to change her ways but she had none of it and she is currently facing the consequences.

“The Lord said to me” go and speak about this again, tell my children what happened. Osinachi is in hell for disobedience, I warned her but she never wanted to listen to me,” the preacher said.

“I warned her many times through different ways but still she did not listen to me. She just kept hardening her heart and using these instruments of jezebel. She’s now in hell suffering great torment, she’s burning in fire because of the property of jezebel she was using.”

His message sparked mixed reactions from two sections of netizens who supported him while others castigated him.

Udoh Joheobe Rosemary: Oh miserable Man. So this is your message? God is the one asking you what is happening in the earth ehnn. So he can’t see again abi?

Rooth Rao: Thanks alot, I have been using all this things but last year l got saved and l was stopped in my dreams but when l kept on using them this time round the voice was so harsh until l had to surrender,l thank God, I love God so much coz it showed me he really cares for me.

Federick Barbarossa: Many people are being warned and the devil is harden their heart. God has a condition for those that are ready for heaven is up to you to believe this divine warning or ignore but on the last days it will be a witness against you chose the Lord while there’s time. 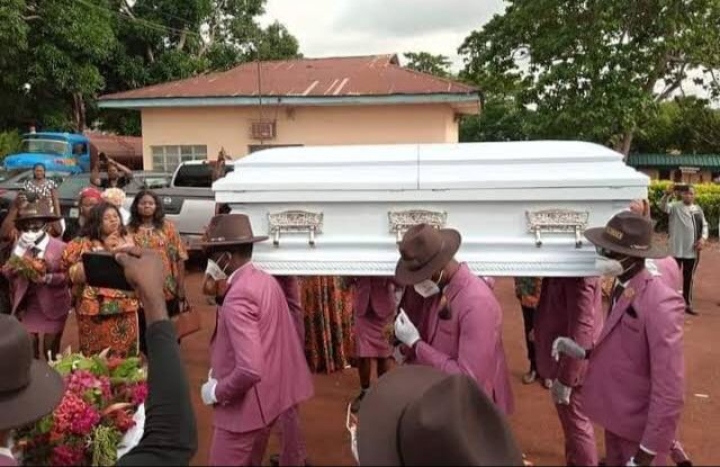 Osinachi died in April with her husband, Peter Nwachukwu arrested in connection with the singer’s death.

The arrest came amid claims that the Ekwueme hitmaker had been subjected to domestic abuse leading to her untimely death.

A section of her friends and colleagues claimed that the gospel singer had been suffering from domestic violence from her husband.

People within Osinachi’s circles also claimed that her husband kicked her on the chest, leading to her hospitalization and death.

“So that unreasonable human being finally put off a shining light. I won’t say much now, I will let the former NDDC director (aunty Joy) who did everything possible to stop this from happening talk first, but it still happened. We tried to stop this,” gospel singer Frank Edwards wrote.

Osinachi was laid to rest in her hometown, Isochi Umunneochi, in Abia State on June 25, 2022.

Pastor, Wife Arrested After Living with Dead Mother for Over Month
(Video) Man Busted Growing Bhang at Rental House in Eldoret
To Top