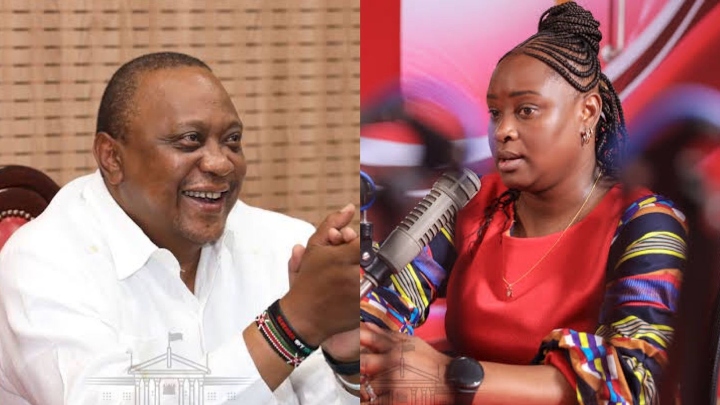 State House Spokesperson Kanze Dena has thanked President Uhuru Kenyatta for giving her an opportunity to serve at State House.

Speaking during an event to mark Uhuru’s 10-year tenure on Sunday, July 24, the media personality wished the Head of State all the best ahead of his retirement.

In a special tribute, Dena declared peace and blessings upon Uhuru and Mama Margaret Kenyatta as they take the back seat post the August polls.

“That a thousand may fall on your right-hand side and ten thousand will fall on the left-hand side but no harm will come upon you,” she said.

Dena who worked as a news presenter for Citizen TV before her appointment to State House also thanked Uhuru for making her the first female spokesperson.

“Thank you for helping me write history and I do not take it for granted and for PSCU they want to say a special thank you because you have enabled them to carry out their mandate,” she added.

She signed off by noting that Uhuru will be missed by his members of staff. 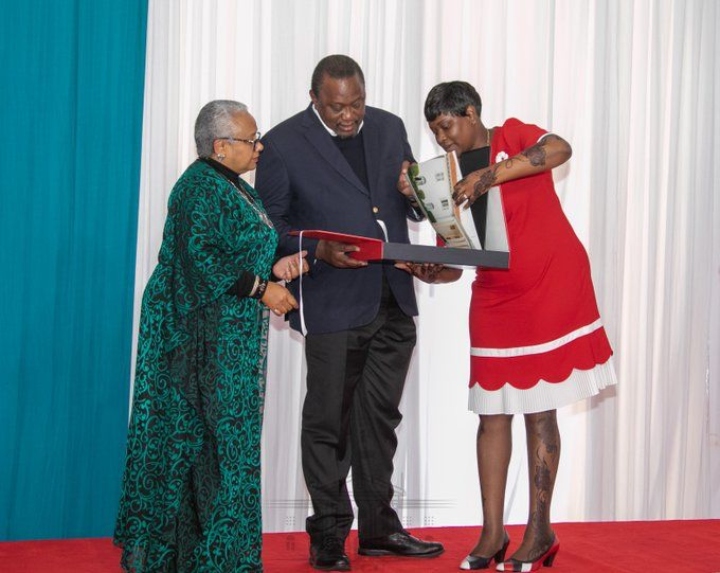 On the other hand, speaking during the during the special thanksgiving interfaith prayer meeting, Uhuru thanked all the staff for the role they played in helping him deliver his role as the Head of State.

“On my own behalf, the First Lady, we are grateful to all of you, all departments of State House, for we have worked very well together. We shall miss each one of you, and we will carry fond memories of working together in the service of the Nation,” he said.

He thanked his staff for giving him a conducive environment that helped him focus on his agenda for the country.

“It has, indeed, been a great pleasure and a great joy working with you because if you are working in an environment where you are happy, you are also able to deliver,” Uhuru added.

The meeting was attended by all staff from all State Houses and State Lodges led by State House Comptroller Kinuthia Mbugua and Chief of Staff from the Office of the First lady Constance Gikonyo.

1/3
President Uhuru Kenyatta has commended State House staff for their commitment and dedication to serving the nation. The President thanked them for the role they played in helping him to deliver on his mandate as Head of State. pic.twitter.com/lwvFZbktDl