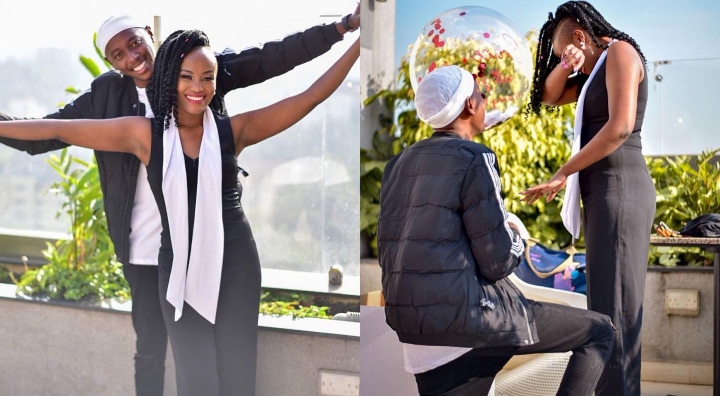 Kikuyu singer Grace Mwai is off the market after being proposed to by longtime lover, YouTuber Hiram Mwangi, alias Kamuhunjia.

Kamuhunjia who runs a YouTube channel and works as a producer at Inooro TV proposed to his lover in a beautiful set-up over the weekend.

In an update on Instagram, Mwai made the announcement by sharing photos of how the proposal went down.

“Wassap! We’re meant to inspire in all spheres of our lives. This is part of our journey that we have never shared

“I mean, we have been through it all and so we intentionally decided to take our time before we openly take you through our journey, thank God here we are now ready to fulfill this purpose,” she captioned the photos.

On the other hand, Hiram recalled her first interaction with Mwai and how she ignored his message before they met years later.

He disclosed that they later met as colleagues since Hiram was the producer of a show that Mwai was hosting.

“We would then meet two years later at our place of work. I was her boss as her producer in the programme she was hosting,” he said. 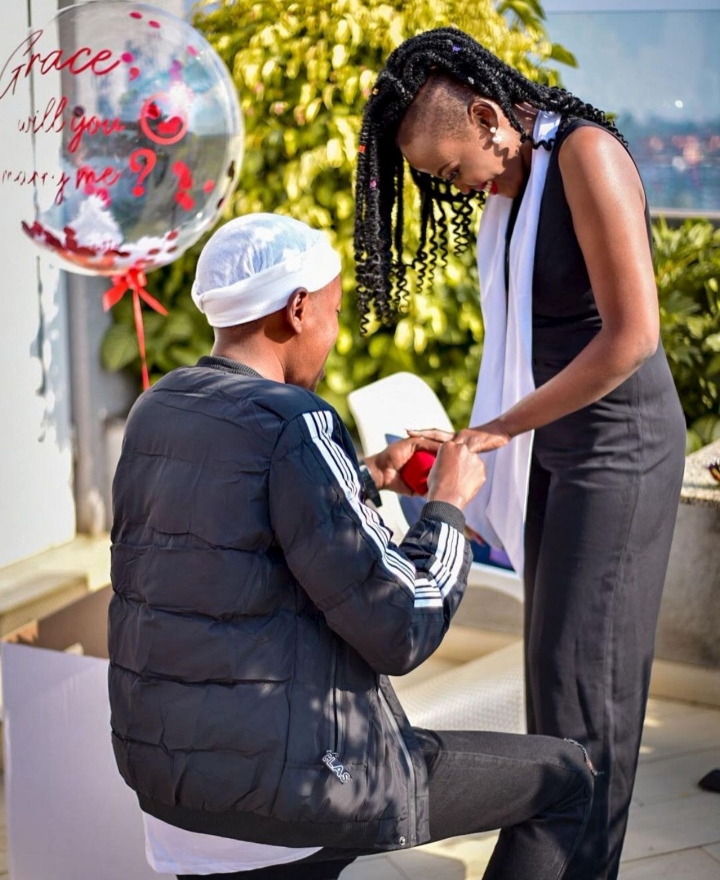 Earlier this year, Mwai sparked reactions online after disclosing that she dumped her fiancé days before their traditional wedding.

The singer said God exposed the man who would have been her husband prompting her to cancel the event.

“He went and got married. That hurt me because I had grown up in so many ways. I had seen a future with the relationship, plus I gave it my best. It broke my heart and it took me time to heal. It’s okay to leave a relationship until you find the right person,” Mwai argued.

“After healing from the heartbreak I met someone who had been a friend and he asked me to be his girlfriend and I agreed. We planned on getting married but something happened and I took a different route, it wasn’t easy for me. The heavens spoke and it did not approve of the relationship

“That was the hardest thing in my life when the heavens spoke something I did not expect. I felt the heavens had spoken too late. I felt wounded and felt like I did not deserve it. It broke my heart big time because it was something beyond my control. It was a great test for me,” Mwai added.