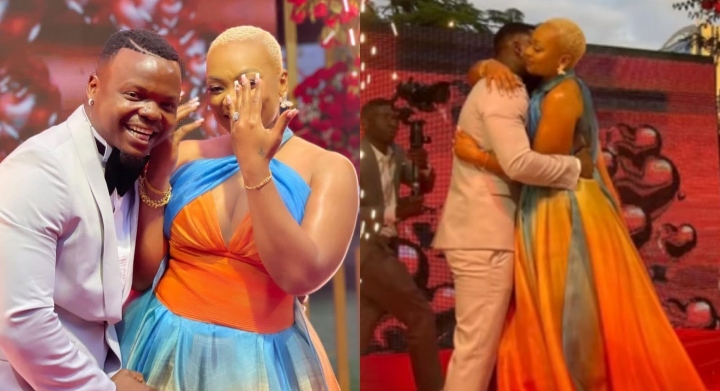 The singer proposed to the actress in a brief event on Saturday, June 25.

On his special day, Harmonize rocked a grey suit and a white shirt which he then complimented it with a black bow tie and black shoes.

On the other hand, Kajala wore a custom-made blue and orange flowy dress. 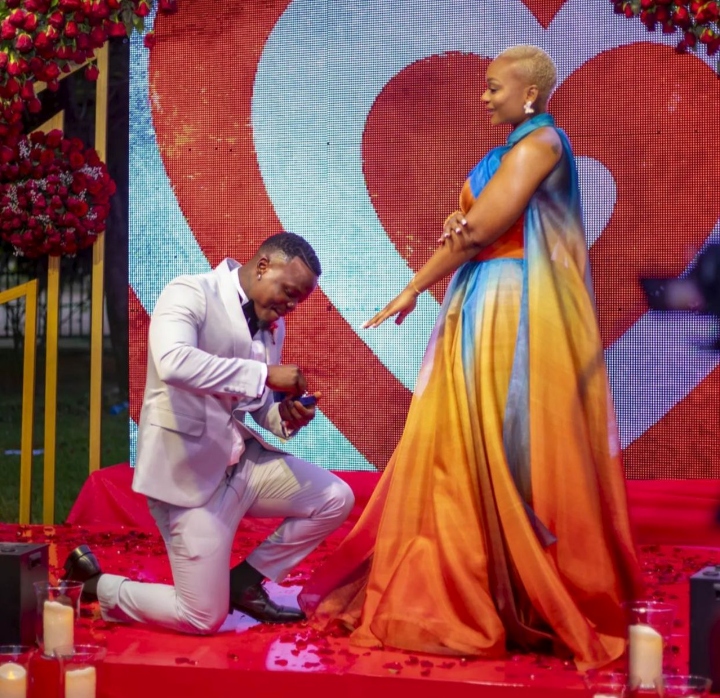 According to videos from the event, Harmonize went down on one knee, removed a ring and placed on the actress’s finger after he popped the big question and she said yes.

“I’ll keep thanking God for giving me the courage to propose to Kajala. I wanted to be with Frida Kajala forever and I’ve always told her that. She is a different and very special woman

“You’re one of the special women I’ve ever had in my life. You’ve been there for me. I love you,” the singer said.

The proposal comes barely a month after the couple reconciled after a bitter fallout.

In a series of posts on social media, Harmonize shared news of their reconciliation, disclosing that the actress forgave him and took him back.

He also revealed that he and Kajala whom he termed his wife are now meeting and  have been working out together.

“Thanks for motivation wife. 23 minutes every day it feels like nothing. You made me a support man and a good boy again. Can’t wait working out together,” Harmonize wrote. 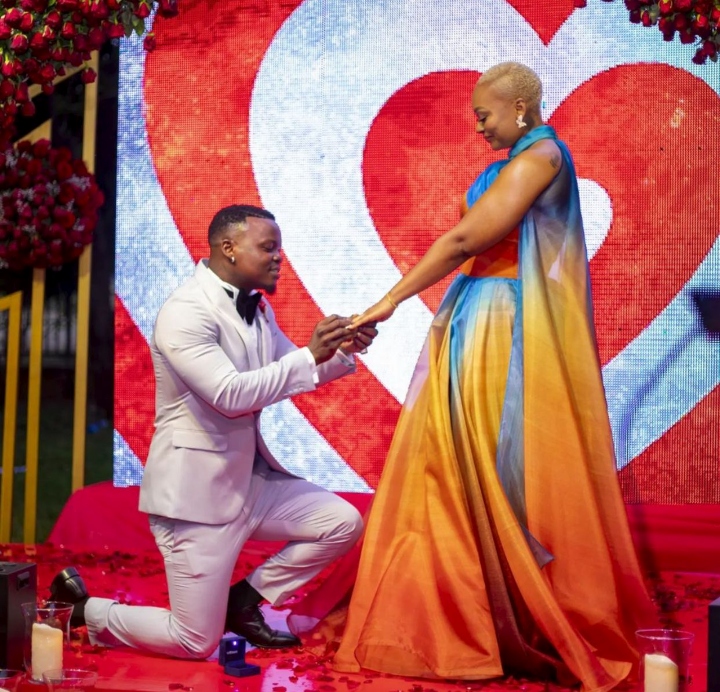 Harmonize had been begging Kajala to take him back months after their controversial breakup.

It all started on Tuesday, March 29 when Harmonize made a post on social media begging the actress for forgiveness.

“Frida take me back. I’m sorry,” Harmonize wrote accompanying it with a love heart and hands praying emoji.

As if that was not enough, the singer put up a billboard with the same message and recently acquired a brand new Range Rover for Kajala.

He noted that he settled for a Range Rover because it was her dream car.

“Even if it was Kajala 1 to 10 it cannot rub off the hurt I caused you and your family. It can not change anything we went through and it cannot be a reason enough for you to get back to me

“This only goes to show how remorseful I am, all I am asking is for forgiveness from you,” he noted.