Did you know the legendary physicist, Albert Einstein who is said to be the brightest human to have ever walked the earth never learnt how to drive a vehicle? The same case for the celebrated East African historian and political scientist Ali Mazrui.

Did you know the legendary physicist, Albert Einstein who is said to be the brightest human to have ever walked the earth, never learnt how to drive a motor vehicle?

Einstein, the famed physicist with Jewish roots and 1921 Nobel Prize winner for Physics is known for his Theory of Relativity.

Despite his legendary academic feats, Albert Einstein never learnt how to drive.

Some publications quoted Einstein as saying he felt driving was such a hard and demanding task that he decided not to learn the skill. 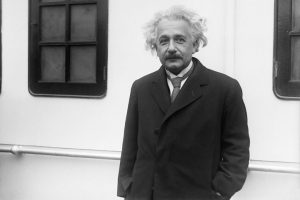 But it seems Einstein was not alone in the category of geniuses who never learnt how to drive.

The late Professor Ali Mazrui is among the most celebrated scholars from the Kenyan Coast.

Mazrui who passed on October 12, 2014 aged 81 years was known for his analysis on African politics and the continent leaders.

All said and done, few people know that the scholar who studied in England and later became lecturer at Makerere University never learnt how to drive.

In an interview with The Nation in 2013, Mazrui disclosed he never learnt how to drive.

He further disclosed that he relied on his wives to drive him around. 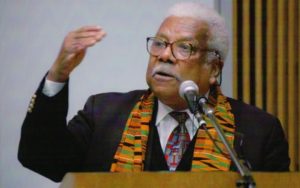 The irony is that his childhood dream was to become a taxi driver.

“My dream to become a taxi driver emanated from my desire to travel and meet people from different parts of the world.”

Mazrui at one time served as the Chancellor of Jomo Kenyatta University between 2003-2009 died on October 12 2014 and was buried at Mazrui Cemetery in Old Town Mombasa.

Why strong teeth is key factor in KDF recruitment
Fluoride allergy: Know the Signs, Symptoms and Treatment
To Top