Comedian Eric Omondi has disclosed that his dad who was a police officer was violent towards his mother and he would beat her to a pulp.

The comic made the revelation moments after rescuing his ex-lover, Chantal Grazioli from his boyfriend, Nicola Traldi whom he said was abusive.

In an interview with Mungai Eve, Eric vowed that he would never let a man raise his hand against a woman after seeing what her mother went through.

“When I was growing up, this is a story that I have never shared before, my own mother was battered by my father when I was still a pupil in primary school. I found her in hospital with a black eye and having bled a lot

“Do you know how helpless I was as a young boy? I am still traumatized to date. I was in class six when my mom was physically assaulted,” the comic said.

Eric said that when his mother was assaulted, he was powerless and he could not to do anything.

He, however, noted that he was in a position to take action when Chantal was assaulted.

“Do you know it’s the worst position for a child to be? Na nikajiambia I will revenge on my mom’s behalf. I never got to do that. I lost my mom. Nilikua najiambia siku moja nkiwa mkubwa I will avange my mom. Wakarudiana they became lovers wakapendana, I don’t know if it ever happened again

“That’s another thing, many women are in such things na watu hawajui. But when I saw my mom go through that I was helpless, I was powerless. And I said one day I will avange her, I lost my mom I lost my dad. So when Chantel called me hio kitu ilirudi nkajiambia today I am a man who is able to help,” Eric said. 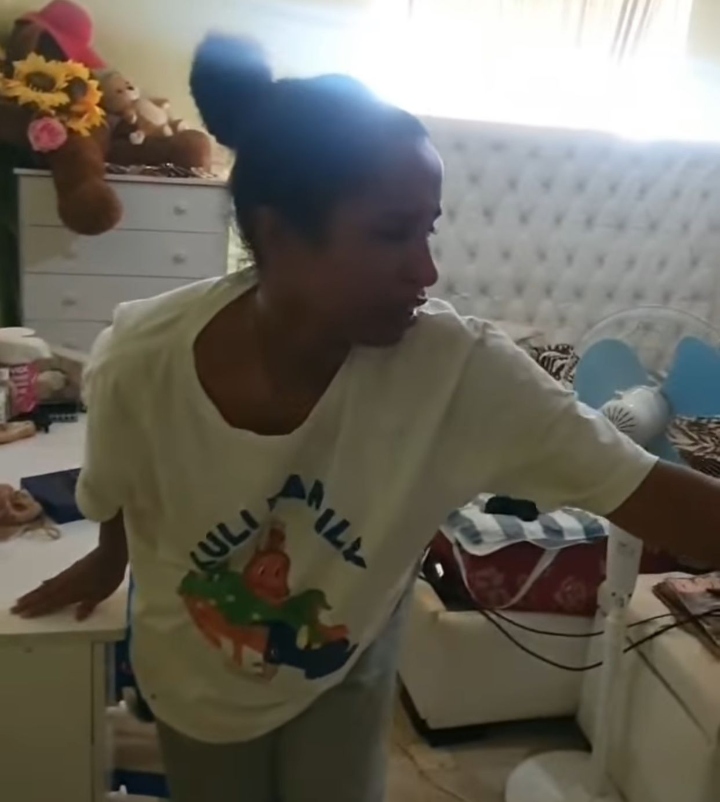 Eric also noted that Chantal persevered months of domestic abuse under the hands of Traldi whom he labeled a narcissist.

“This guy is a narcisist and what pains me is that the physical assault is something that has been happening for a long time,” he said.

On the other hand, Traldi dismissed the same arguing that he had been framed and he would never lay his hands on a woman.

“I have been framed for something I would never do. Unspeakable. It’s a sad day. I would never lay my hands on a lady. I’m a father of two daughters

“The truth shall come out. Everyone who knows me knows am incapable of such a thing. My mum taught me well,” he claimed.

Chantal introduced Traldi as her new boyfriend back in January 2021, a year a plus after partying ways with the comedian.

Guardian Angel: My Marriage to Esther Will Remain Strong With or Without Kids
Kelvin Kinuthia’s Mother Defends Crossdresser Son: ‘It’s Only for Entertainment’
To Top