According to a report by The Star, the three were also transferred to different stations across the country.

Chief Inspector Amos Ekiru has been transferred to Bondo while the two Constables Issack Dida and Simon Siengo to Mandera and Homa Bay.

Reports indicated that the three were first given show cause letters before a decision to transfer them was settled at. The report further stated that replacements to DP Ruto have already been made.

Last week, the three were summoned to the police headquarters to explain why they were found in Sudi’s compound when officers wanted to arrest him.

Reports indicated that the officers escorted DP Ruto to his Sugoi home and later left for Sudi’s home.

Police said that Ekiru escaped with Sudi and left his juniors at the politician’s home.

On the other hand, Siengo was arrested with a Ceska pistol S/No. KP 7856 with two magazines of 15 rounds of 9mm ammunition each.

Ekiru left behind a Gilboa rifle with 30 bullets which was also recovered by the police.

Dida and Siego were arrested and released on the same day after which they joined Ekiru in Sugoi and later drove to Nairobi with the DP. 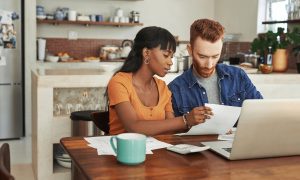