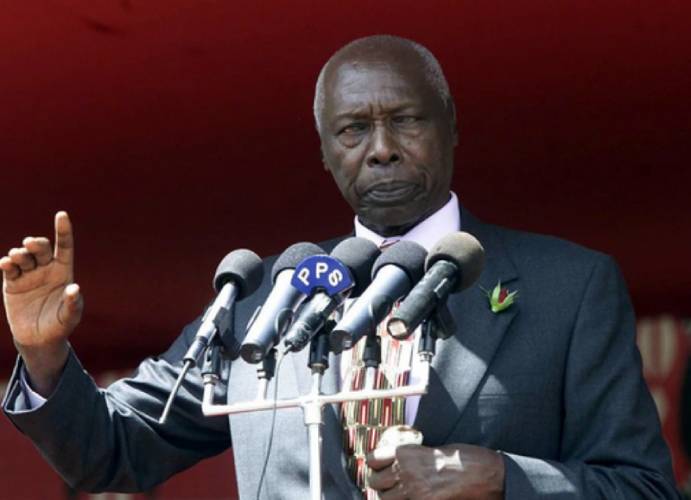 Leaders across the world have send their condolences to Kenya and the family of  the late former president Daniel Moi.

Daniel Moi death: Leaders across the world have send their condolences to Kenya and the family of  the late former president who died on the morning of Tuesday, February 4.

The late former president who died aged 95 has been undergoing treatment at the Nairobi Hospital since October.

In a presidential proclamation released shortly after Moi’s death, Uhuru said the period of national mourning will be observed from today until the day of Moi’s burial.

The President has also ordered Kenyan flag to be flown half-mast in his honor.

“All flags at the State House, State Lodges, all public buildings and public grounds, all military bases, posts and stations, on all Naval Vessels, schools shall have their flags halfway to show respect to the late state leader,” Uhuru said.

Moi died on Tuesday morning at the age of 95. Daniel Moi death has sparked fond memories of the former memories among netizens.