Amou Haji, the man who refused to use soap and water for more than half a century, is dead.

Haji had refused to use soap and water for more than half a century, fearing it would make him sick.

The Iranian who was also a hermit had avoided every attempt by villagers to get him clean, BBC Reports.

He lived in the southern province of Fars.

But, Iranian media reports that, Amou Haji finally succumbed to pressure and washed a few months ago. 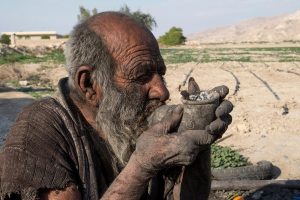 In 2014, Haji revealed his favourite meal as porcupine and that his abode lay between a hole in the ground and a shack built by concerned neighbours in the village of Dejgah.

He further said his unusual choices were down to “emotional setbacks” when he was younger.

As expected, years of bathing had left him with skin covered in “soot and pus”. His diet also consisted of rotten meat and unclean water drunk from an old can.

Haji was also fond of smoking and had been photographed on at least one occasion puffing on multiple cigarettes at once. 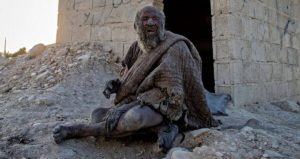 Attempts to bathe him, or offer him clean water to drink, made him sad, IRNA reported.

However, it is not clear whether Haji holds the record for having gone the longest without taking a bath.

Cryptocurrency: The Digital Currency And How It Works
To Top