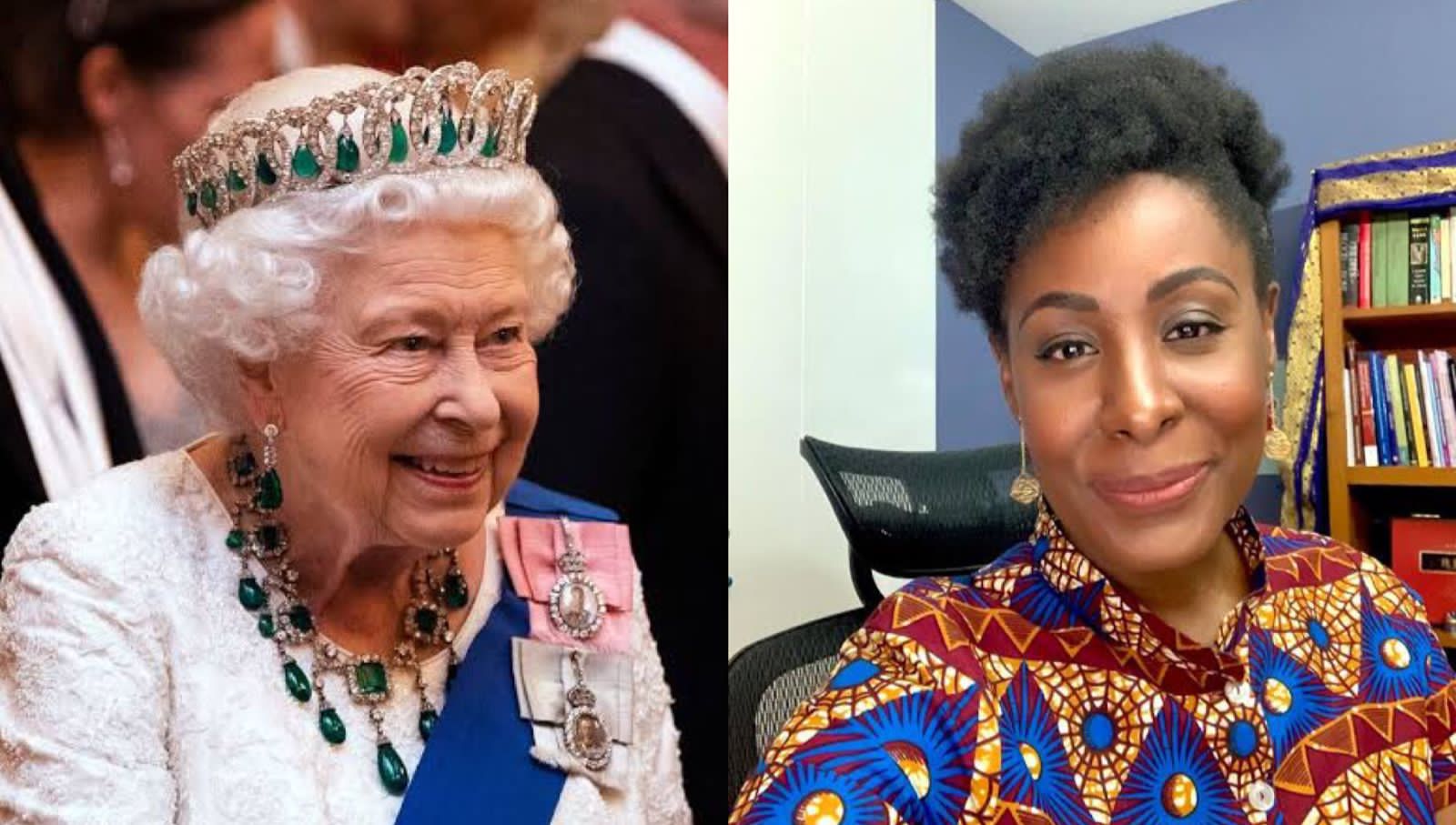 Nigerian Professor Uju Anya has caused a storm on social media over remarks she made moments before Queen Elizabeth II’s death was made public.

On Thursday, September, 8, the professor made an update on social media wishing the Queen an excruciating death.

Anya insisted that Queen Elizabeth deserved to die in agony over what she termed as things she did to generations.

This was after Buckingham Palace issued a statement indicating that the Queen had been put under medical supervision at the Balmoral Castle in Scotland.

“I heard the chief monarch of a thieving raping genocidal empire is finally dying. May her pain be excruciating,” Anya wrote on the initial tweet that was later pulled down by Twitter.

In a separate statement, the professor added;

“That wretched woman and her bloodthirsty throne have fucked generations of my ancestors on both sides of the family, and she supervised a government that sponsored the genocide my parents and siblings survived. May she die in agony.”

“This is someone supposedly working to make the world better? I don’t think so. Wow,” Bezos wrote.

Anya was quick to respond writing;

“May everyone you and your merciless greed have harmed in this world remember you as fondly as I remember my colonizers.”

Also, the management of US institution Carnegie Mellon University where Anya works distanced itself from the remarks.

“Freedom of expression is core to the mission of higher education, however, the views she shared absolutely do not represent the values of the institution, nor the standards of discourse we seek to foster,” Carnegie Mellon University tweeted.