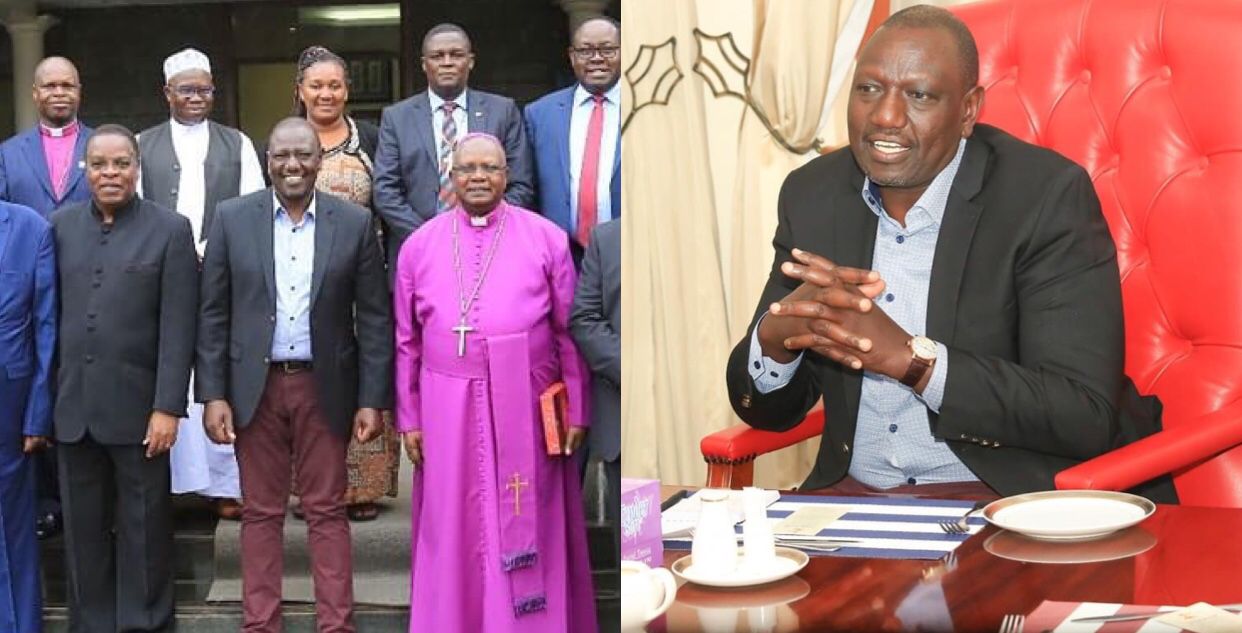 In an update on his Facebook page, Ruto held the meeting with the leaders at his official residence in Karen, Nairobi.

“We owe our victory in the just-concluded election to God. We will keep working with religious leaders to better the lives of Kenyans,” Ruto wrote on Facebook.

This is how Kenyans reacted to the photos.

Collins Wanderi: What God; cosmos and nature have decreed are beyond human understanding. Kenya will never be a pagan State. You have begun right Sir William Samoei Ruto. We’re happy to see the realignments happening in our country. Mungu mbele.

Ruth Wangui: Amen, we thank God for giving Kenya a God fearing president. May the Lord guide you as you lead the Nation.

Kipkosgei Maiyo: This is the leadership our country needs. A prayerful country led by God fearing leaders. This is a great milestone Mr President, congratulations once more.

Narra Tive: I believe in you Mr President I know you will change this country for better. I woke up at 3 am to go vote for you because you are the only hope that is remaining.

In other news, ruled out the possibility of working with his arch rival, former Prime Minister Raila Odinga.