The media personality announced that they welcomed their first child together in a social media post on Tuesday, August 30.

Anita shared a photo of her newborn baby sleeping and accompanied it with a message where she disclosed that she was born four days ago.

She disclosed that she was born on August 26, 2022 at 3:48 am and they named her Kaya Gacheri Catalina Raftery

“We are elated beyond words, grateful and in love and awe of our little human. We’re finally back home

“Our rent free housemate is about to reveal her true colours as she schools us through the 4th trimester. Parenthood 101 is now in session,” Anita wrote.

The media personality announced that herself and Raftery were expecting their baby in March.

Taking to Instagram, Anita shared a video flaunting her growing baby bump which is seemingly in the third and final trimester.

The video also featured Raftery who was filmed seated on a chair in a well decorated film set and in another, posing for a photo with Nderu.

The couple went all African with their pregnancy reveal as most of her outfits was made with Maasai and Nigerian beads.

Anita and her husband tied the knot on September 9, 2021 in a colorful white wedding.

The wedding ceremony was held at Mukima house in Nanyuki where the couple and the guests enjoyed a spectacular view of Mount Kenya.

The wedding was officiated by one of her man’s friend from abroad.

The party was graced by popular personalities like Joe Muchiri and her cousins Sarah Hassan and her sister Vanessa and her brother.

Photos from the wedding ceremony showed the hunk, who is a Jew clad in in a white coat and a black trouser and an African print tie and matched the look with white casual shoes.

And Anita celebrated the big day while dressed in a beautiful white wedding gown. 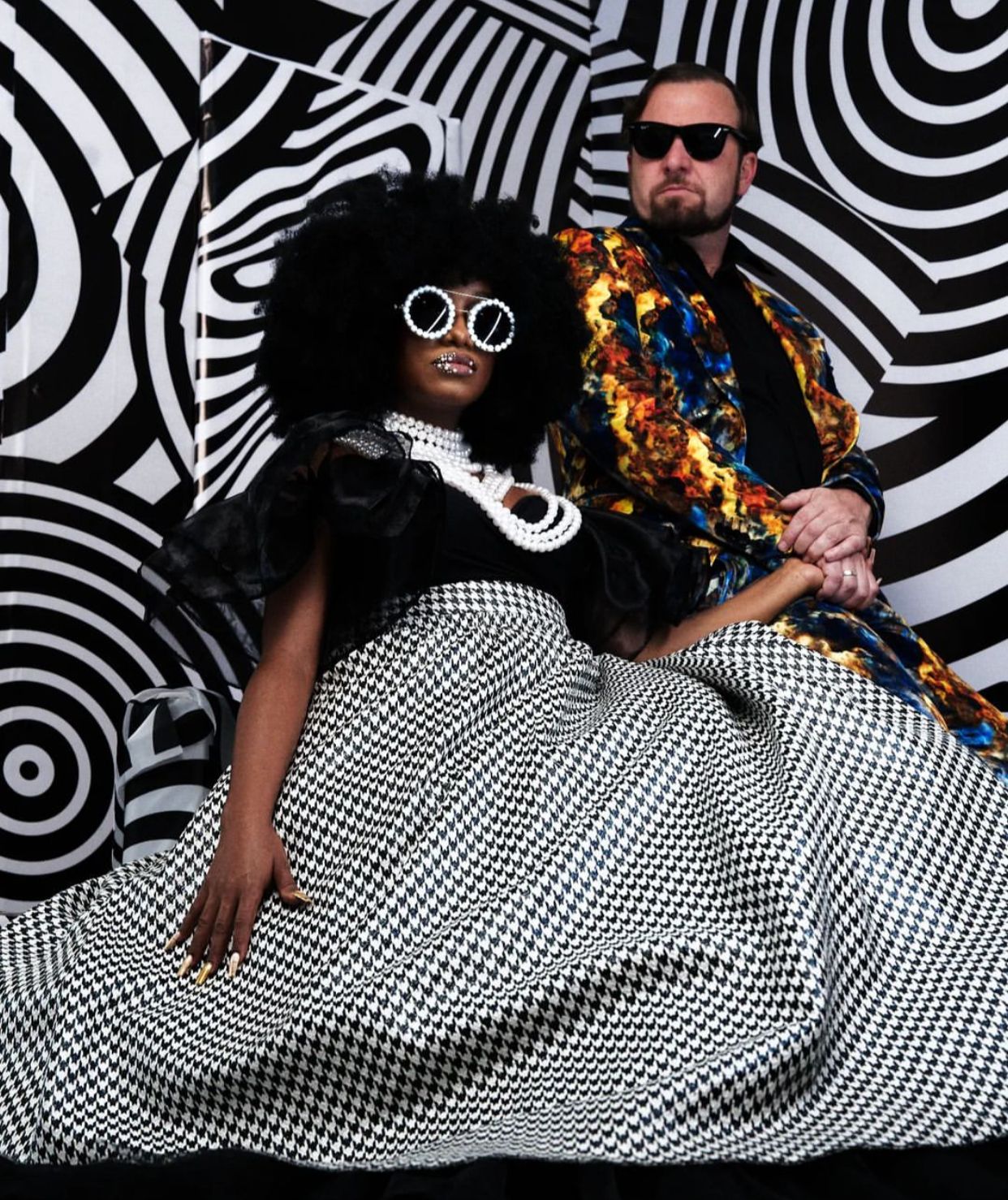