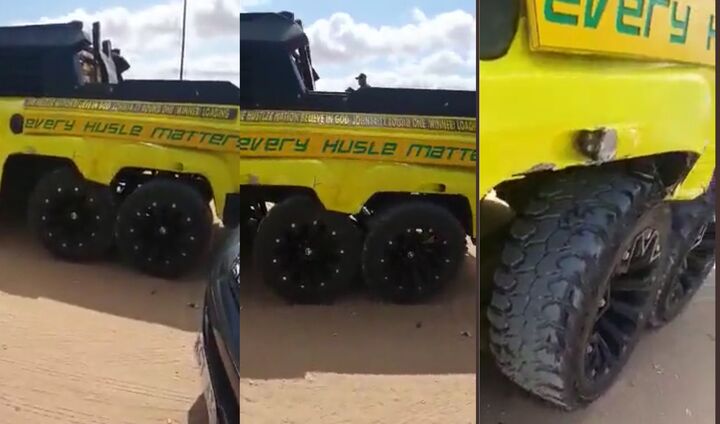 The six-wheel truck presented to Deputy President William Ruto for his presidencampaigns has broken down yet again.

According to a video that emerged online on Saturday, July 30, the modified Toyota truck was spotted with a broken rear axle.

The two rear axle was broken making it impossible for the truck to move as two rear wheels of the truck touched.

According to the person who recorded the video, the damage was caused by overcrowding during Kenya Kwanza’s recent campaign trail.

David Muriithi: The safety our DP is paramount. Whoever is in-charge of his transport just ensure it’s either mechanically sound and if not, replaced with one befitting his status.

Kevin Nyabiba: How many more time will it have mechanical problems before it’s disposed?

Sandra: After vigorous campaigns. It’s an indication that we are campaigning so hard Rao has never catched up. 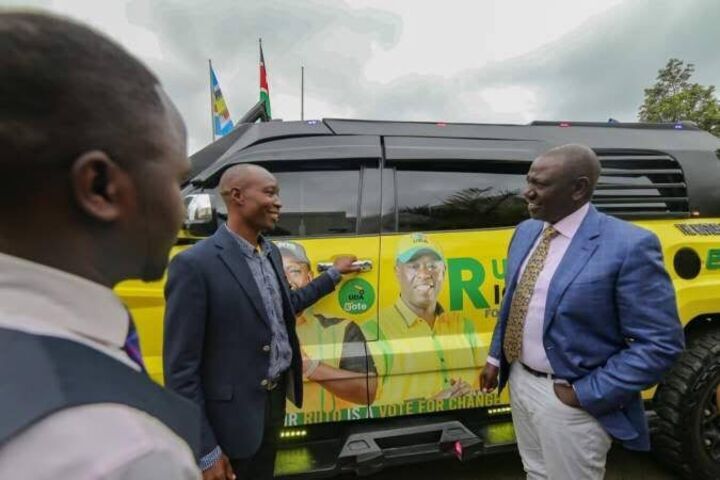 DP Ruto debuted the six-wheel pickup truck in a brief event at his official residence in Karen on July 12, 2022.

In an update on his social media platforms, the DP praises the team behind the art work on the truck that he would later use for campaigns.

“Indeed Every Hustle Matters. Pimp My Ride: Creativity at its best. Thank you for your contribution to the Hustler Nation Campaign,” Ruto said.

The vehicle was covered with pictures of Ruto and his running mate, Mathira MP Rigathi Gachagua.

According to the team that gifted the DP the truck, it was imported from abroad but the modifications were done locally.

“The truck was imported from Dubai and the branding was done in Kenya, among other final touches,” Patrick Nderitu, Managing Director of Pimp My Ride told The Nairobian.

“The whole preparation for the vehicle took one year. That was when it was completed and everyone started talking about it. We had to plan it in advance so that the end result can be of high quality.”

Nderitu said the value of the truck is between KSh 80 million and KSh 100 million.