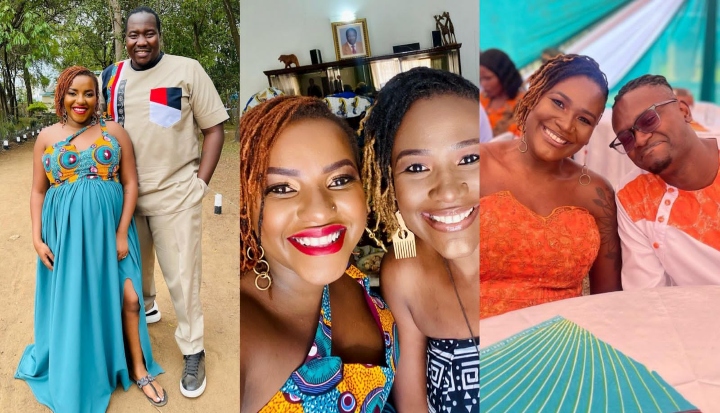 Citizen TV presenter Willis Raburu’s sister, Joy Raburu, is off the market after tying the knot in an exquisite traditional wedding.

The media personality shared news of his sister’s wedding while congratulated her for the same in a post on his Instagram page.

He also welcomed his brother-in-law to the family.

“I absolutely love this girl Joy Raburu I so happy for you! @chiefomuga Karibu pon the family,” he wrote.

For the wedding, Raburu rocked a brown Kaunda suit with black, red and a touch of white.

On the other hand, his fiancé, Ivy Namu, who accompanied him to the wedding turned up in a beautiful Ankara dress.

For their special day, Joy went for an orange dress while her husband rocked a white suit with a touch of orange on it. 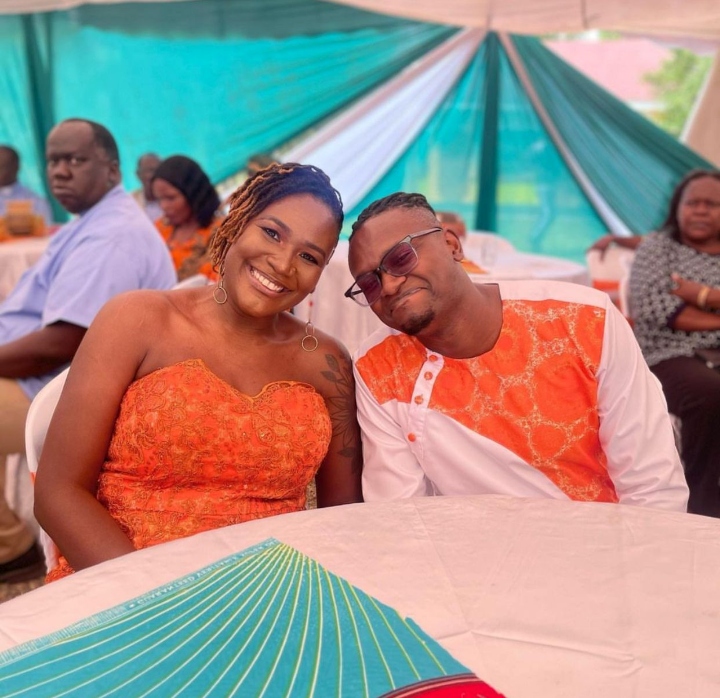 In other news, Raburu proposed to Namu at their son, Mali’s lavish 1st birthday after two years of dating.