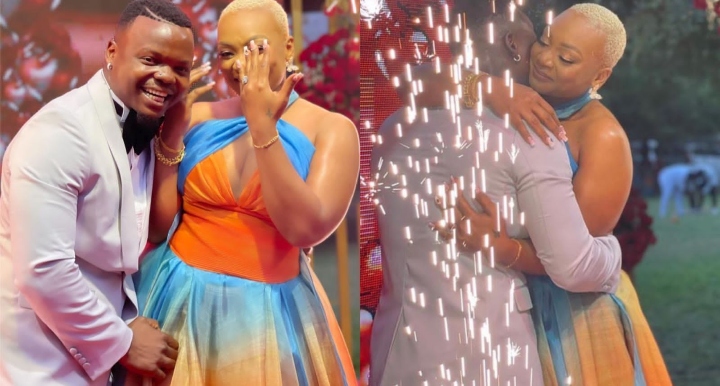 The singer is reportedly considering changing his religion in order to wed his long-time fiancée, actress Fridah Kajala.

The rumour was fueled by Harmonize’s decision to make the cross sign while proposing to Kajala over the weekend.

Elsewhere, Harmonize has been on record gushing over his wife to be for being too religious and putting God first in whatever she does.

He noted that every Sunday, Kajala usually wakes up at 6 am and prepares for church, further stating that he is looking forward to accompanying her to church.

“That’s why I love her, she always put God first… Wake up 6 am every Sunday to go to church. One day I’ll go with her to the beautiful God house InshAllah,” Harmonize wrote.

The claims sparked mixed reactions across social media as seen below. 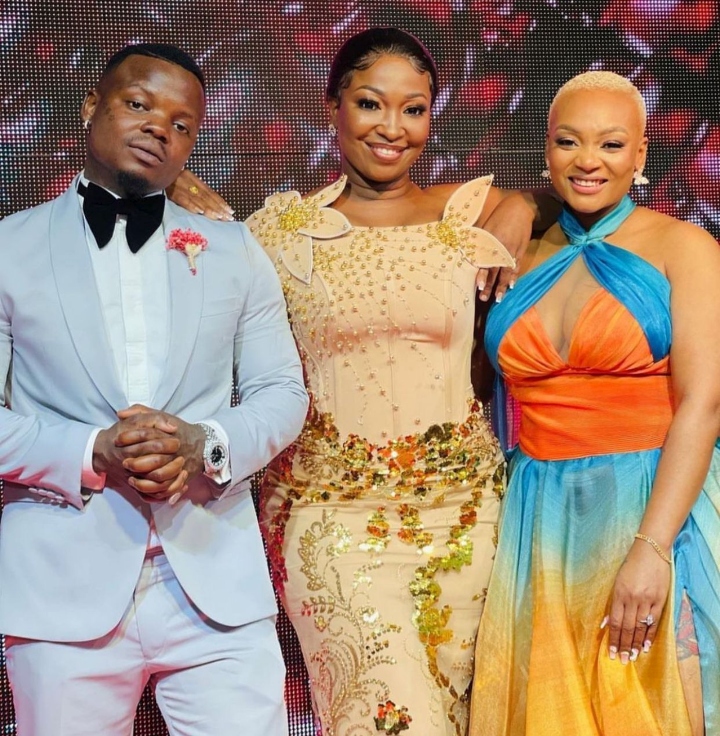 Harmonize, actress Fridah Kajala and a mutual friend during their proposal PHOTO/COURTESY

The singer proposed to the actress in a brief event on Saturday, June 25.

On his special day, Harmonize rocked a grey suit and a white shirt which he then complimented it with a black bow tie and black shoes.

On the other hand, Kajala wore a custom-made blue and orange flowy dress.

According to videos from the event, Harmonize went down on one knee, removed a ring and placed on the actress’s finger after he popped the big question and she said yes.

“I’ll keep thanking God for giving me the courage to propose to Kajala. I wanted to be with Frida Kajala forever and I’ve always told her that. She is a different and very special woman

“You’re one of the special women I’ve ever had in my life. You’ve been there for me. I love you,” the singer said.