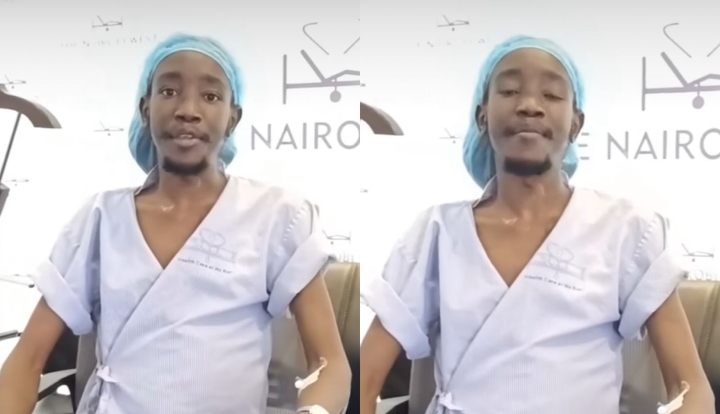 Churchill Show comedian Akuku Danger has spoken following reports that he is ‘detained’ at hospital with a KSh 823,000 bill.

In an update on his Instagram page, the comic admitted that he is dealing with sickle cell anemia which had drained him physically and financially.

Akuku Danger explained that the better part of the year has been characterized by numerous visits to the hospital.

“I never asked to be in this position. Half of this year has been months and months of hospital admissions due to sickle cell anaemia, which has drained me mentally, financially and physically

“That’s why I come to you guys seeking help. It’s been challenging, but I’m hanging in there,” the comic said.

The comedian went ahead to ask his fans to be tolerant with him and not give up so soon as he hopes to get better.

As earlier reported on GOTTA.news, the comedian is stuck at Nairobi West Hospital over KSh 823,000 hospital bill.

In an update on Instagram, his girlfriend, Sandra Dacha said the amount comes after deductions from his insurance and cash deposits.

“The comedian has been admitted at Nairobi West Hospital for the past two weeks and has since accrued a bill of KSh 823,000 after deductions from his Insurance and cash deposits too,” Dacha said.

Dacha said Akuku Danger was discharged on Monday and was set to leave the hospital but the management has detained him pending the clearance of the bill.

“Anyone willing to help in any way please reach us,” Dacha added.