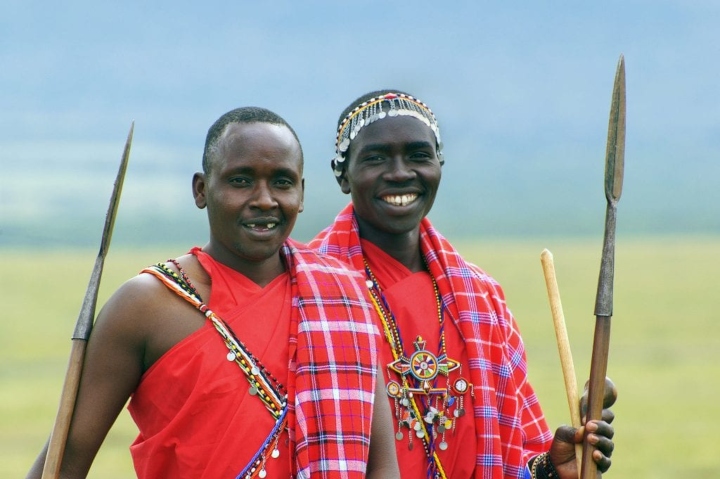 Most of the time, Maasai men would rock a piece of clothing called a Shuka which is a combination of red, blue, and green checked and striped cloths.

Maasai is one of the few tribes of Kenya that have maintained a big part of their traditions and lifestyle, setting them apart from the other Kenyan tribes.

Another interesting fact about the tribe is their men identify themselves as warriors with the ritual killing of a lion either single-handedly or in a group.

Most of the time, Maasai men would rock a piece of clothing called a Shuka which is a combination of red, blue, and green checked and striped cloths.

A big number of them also have bald heads, and sometimes a “rungu” (club) in their hands.

Without further ado, below are reasons why ladies out there should consider getting married to a Maasai man. 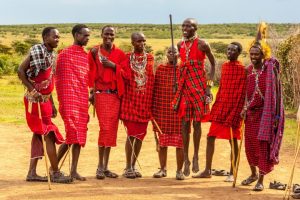 A group of Maasai Morans pose for a photo. PHOTO/COURTESY

1. Maa men are loving. They love their cattle and children. They are also fiercely protective of their wives.

2. A Maasai man is faithful and rarely strays. They are keepers and their planning is always for the long term.

3. They are humourous. It is said a Maasai man will ask for mnyanduano from the wife in the funniest lingo: Nipatie ile kitu namesa mwenzake! He!he!

4. They are brave. There was a time young Maasai men proved themselves as warriors (morani) with the ritual killing of a lion—either single-handedly or in a group, and using only their iron spears as weapons. You can’t beat that!

5. Hardworking: A Maasai man will grow a herd of hundreds-or even thousands of cattle through sheer hardwork. The point is he will do everything to ensure his woman and shildren are well taken care of.

6. Nearly all men from Maa have ngwati. Kenya women love men with ngwati because the friction enough makes them sing hallelujah during the heat of the thing.