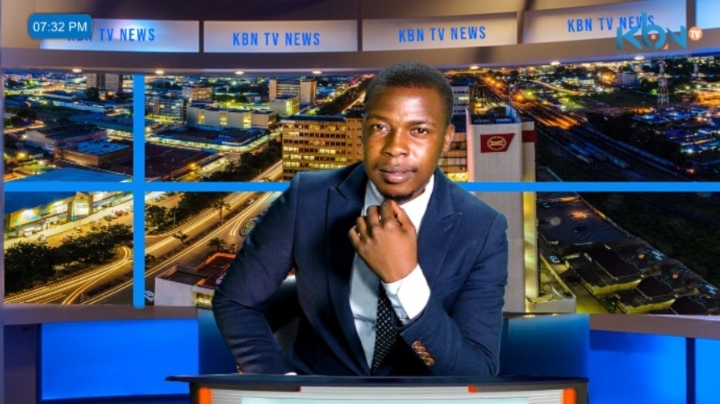 A Zambian journalist identified as Kabinda Kalimina made headlines after interrupting live news broadcast to demand for salary.

A Zambian journalist identified as Kabinda Kalimina made headlines after interrupting live news broadcast to demand for salary.

The Kenmark Broadcasting Network (KBN TV) presenter took a pause shortly after reading some headlines during the evening bulletin and said he and other staff had not been paid.

In a video seen on Facebook shared by him on Saturday, June 19, Kalimina insisted that the are humans and should be paid.

“Away from the news, ladies and gentlemen, we are human beings. We have to get paid,” He complained.

“Unfortunately, on KBN we haven’t been paid… Sharon and everyone else hasn’t been paid, including myself. We have to get paid,” 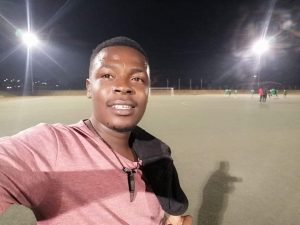 The Zambian journalist later shared the video on his social media pages and acknowledged his actions saying it’s time journalists speak out to evade exploitation.

“Yes, I did that on live TV. Just because most journalists are scared to speak out does not mean journalists should not speak out.”

The broadcaster was forced to release a statement addressing the issue after Kalimina’s sentiments caused a stir online.

KBN TV accused the presenter of being under the influence of alcohol at that time and termed it ‘one-night stunt of fame’.

The station’s CEO Kennedy Mambwe shared a statement on Facebook where he branded the journalist’s behavior as despicable.

Members of the public may wish to know that KBN TV, like any other institution, has very well-established grievance procedures for all members of staff through which they can channel their complaints. He said.

“We strongly condemn that despicable behaviour and urge members of the public to treat that ‘One-Night stunt of Fame’ with the contempt it deserves,”