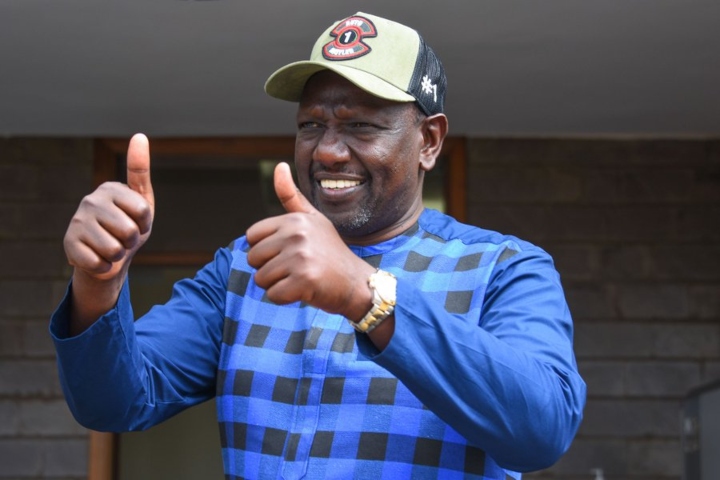 After her poem, the girl rushes to hug the DP Ruto who can’t hide his delight as he smiles broadly.

Poetry is an art and Zawadi Nyakio, a young girl from Kirinyaga county knows how to frame her words.

Her poem ‘Mahustler Huelewana’ on Sunday, February 9 at an ACK church in the diocese of Kerugoya touched the Deputy President William Ruto who was present.

The little girl hilariously started by warning DP Ruto of the biting cold in the region that even locusts could not withstand.

She went ahead to identify herself with the DP’s slogan ‘hustler’ by calling herself ‘Hustler Mdogo’ (young hustler).

She said that she had seen how devoted the DP was in church affairs, and she was praying for him.

“I have been praying for you, I have. A message for you a revelation for you. Many may not understand, that’s okay,” she added.

In what appeared like an encouragement to the second in command, the girl read out a scripture from the Bible-quoting Psalms 23 which emphasizes God’s help and protection during tough times.

After her poem, the girl rushes to hug the DP Ruto who can’t hide his delight as he smiles broadly.

This is not the first time a young poet warmed Deputy President William Ruto’s heart.

In 2015, an eight-year-old girl moved the DP to tears after telling the DP claiming she was the only one allowed to call him ‘Uncle Willy’.

The DP had attended a fundraising ceremony in Meru where the little girl performed.

Little Nina described Ruto as a good person and a leader thus earning the friendship of the DP.